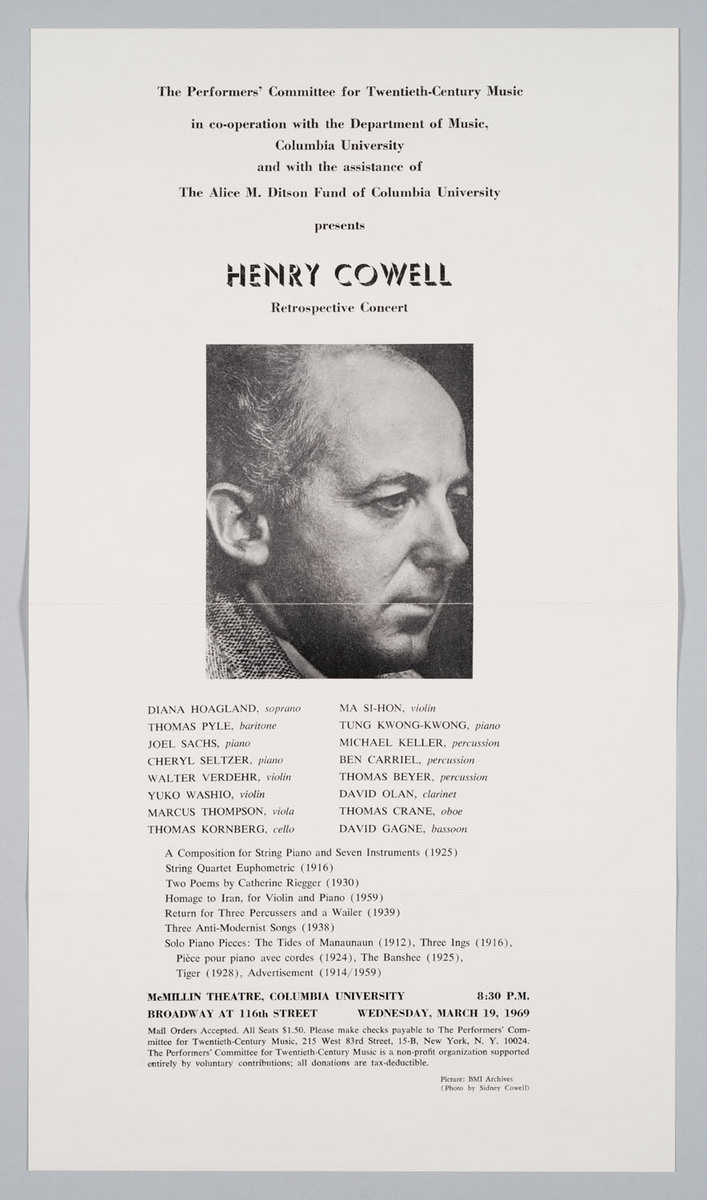 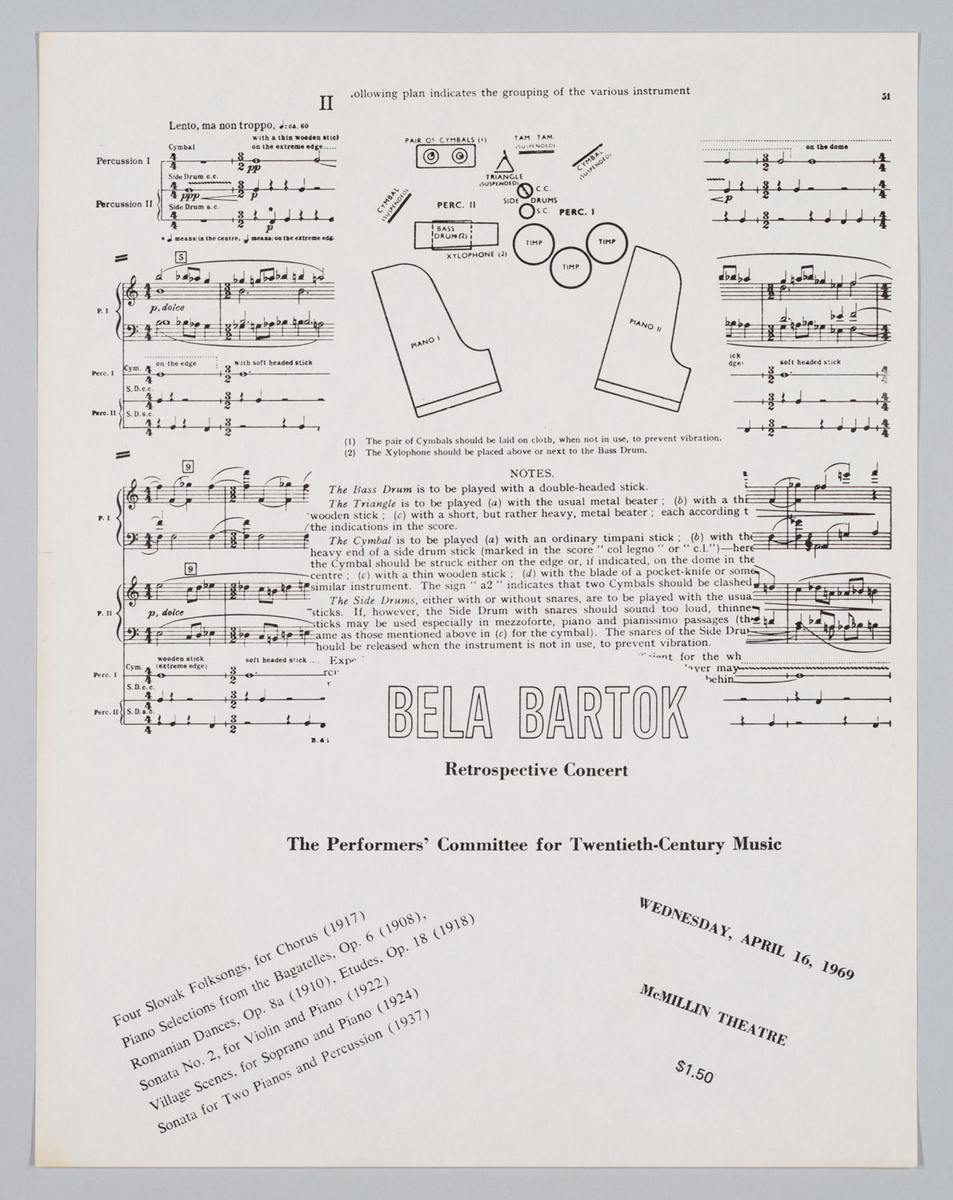 Notable on this program is the diagram giving Bartók's preferred arrangement of the instruments for performances of his "Sonata for Two Pianos and Percussion" (1937) with his notes for the performers.