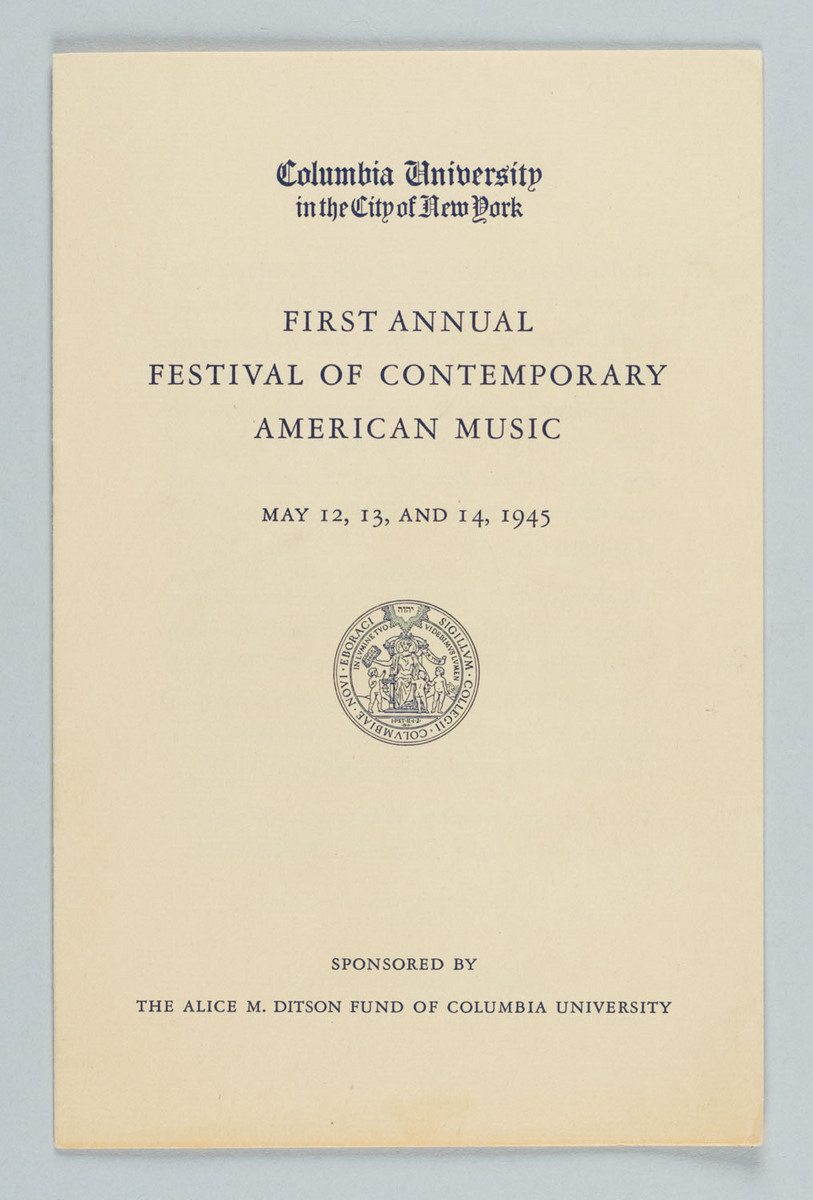 For the First Festival, presented in May 1945, the series of concerts included performances of Howard Hanson’s Symphony No. 4, op. 34, which had won the Pulitzer Prize in Music in 1943, and Walter Piston’s Symphony No. 2, which was commissioned by the Ditson Fund. Also performed were string quartets by Robert Russell Bennett and Wallingford Riegger, among others.

For the Second Annual Festival of Contemporary American Music in May 1946, McMillin Theater audiences saw the premiere of Martha Graham’s Serpent Heart, a Ditson Fund commission with music by Samuel Barber and sets by Isamu Noguchi that Barber later reworked as Medea’s Meditation and Dance of Vengeance. On the same program was Graham’s Appalachian Spring, for which Aaron Copland’s score had won the Pulitzer Prize the previous year. The NBC Orchestra, with Leon Barzin conducting and Beveridge Webster as pianist, gave premieres of Ernst Bacon’s From These States and Louise Talma’s Toccata for Orchestra, along with works by William Shuman and Roger Sessions. Juilliard graduate students presented an evening of “Music by Charles Ives.” And a “Concert of Contemporary American Music for High Schools,” performed by the orchestra and chorus of New York City’s High School of Music and Art, consisted of works composed especially for them by Copland, Morton Gould, Paul Creston, and David Diamond; premieres of works by Roy Harris and Norman Dello Joio; and works by Randall Thompson, William Schuman, and Samuel Barber.