In September 1896, when the Department of Music began its first term, the Morningside campus was under construction, and the University was holding classes on its Madison Avenue campus between 49th and 50th Streets. MacDowell and his music classes were given temporary space in the studios at Carnegie Hall. MacDowell’s widow later reported that his classes were held in Carnegie’s Chamber Music Hall and that the auditorium “was full to overflowing always.” 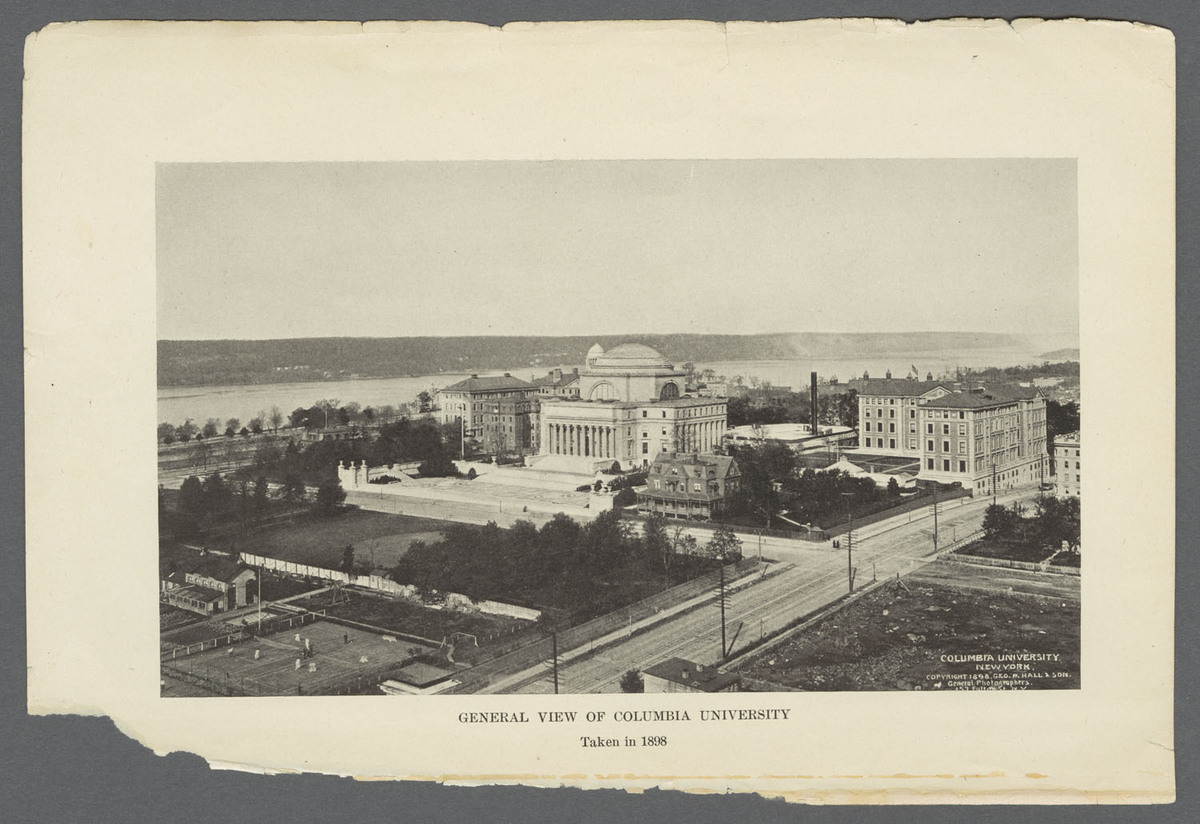 An 1898-era view of Morningside Heights campus shows West Hall to the left of Low Library, and South Hall, partly hidden by trees, at the far left. 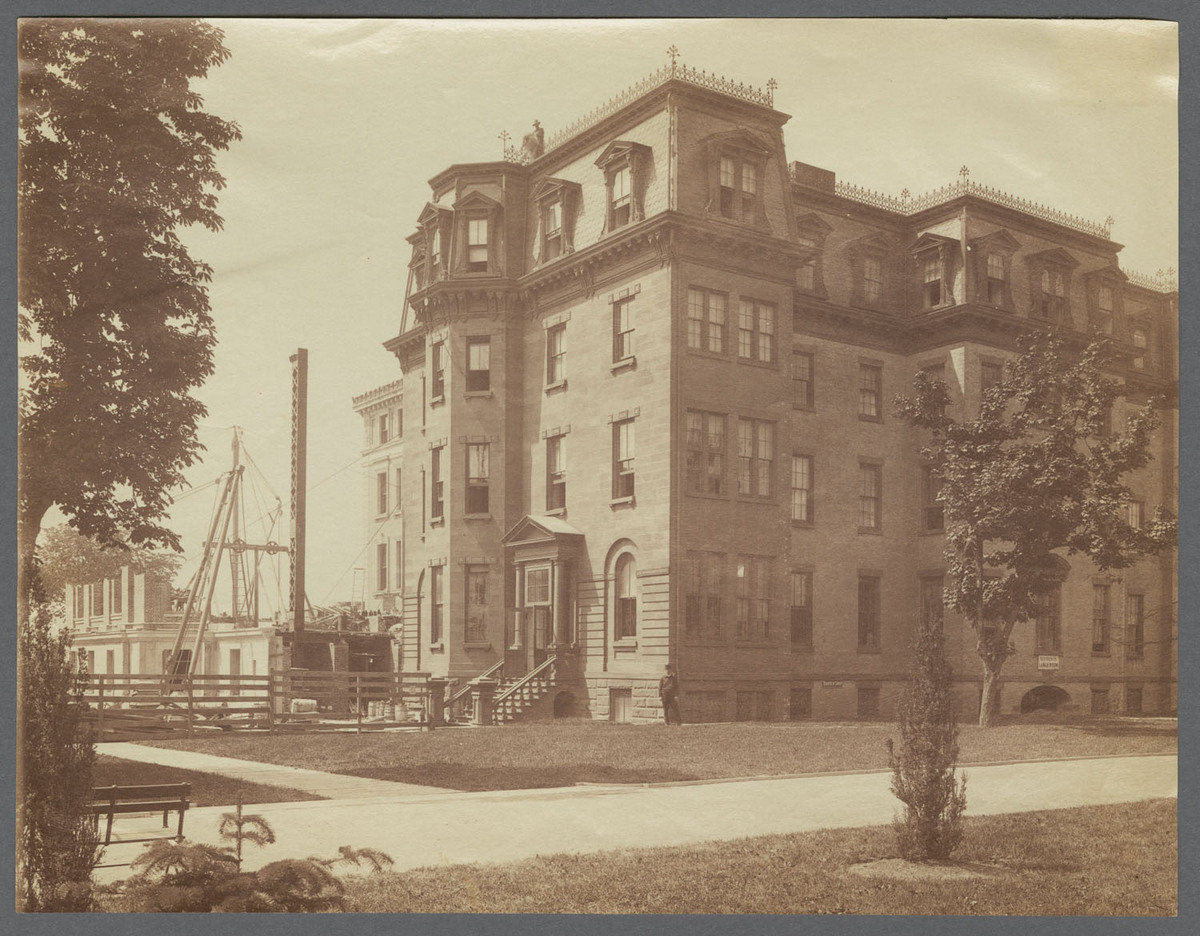 West Hall, with Earl Hall under construction to the left

By the 1897-98 academic year, the Department of Music was able to take up residence on Morningside Heights in buildings that had once housed the Bloomingdale Asylum. Classes were first held in West Hall, which was situated in front of the School of Mines (now Lewisohn Hall). West Hall lost its south wing to make way for Earl Hall around 1900, and in 1913 the entire building was razed. In this photograph the older building’s west wing is still intact, later to be torn down to make way for Earl Hall’s completion. 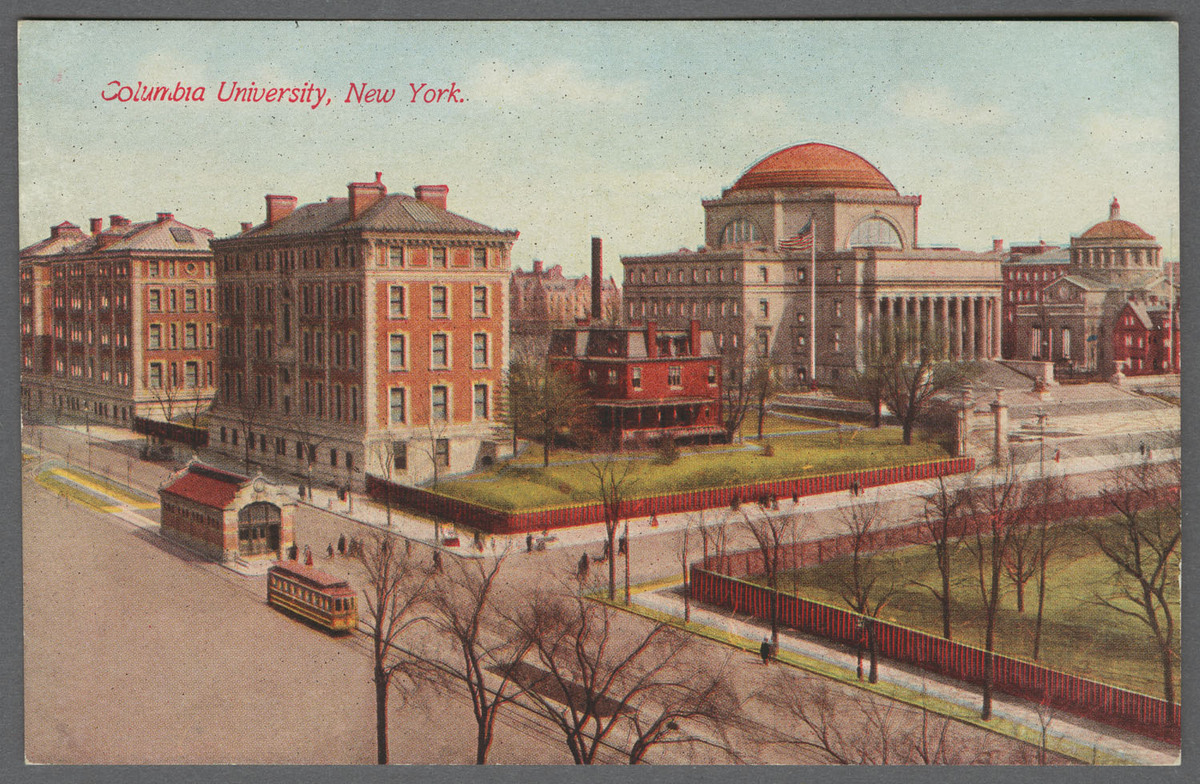 Penny postcard view of the Morningside Heights campus from the southwest. Broadway is in the foreground; West Hall and South Hall are beyond, with the School of Mines to the left and Low Library to the right. 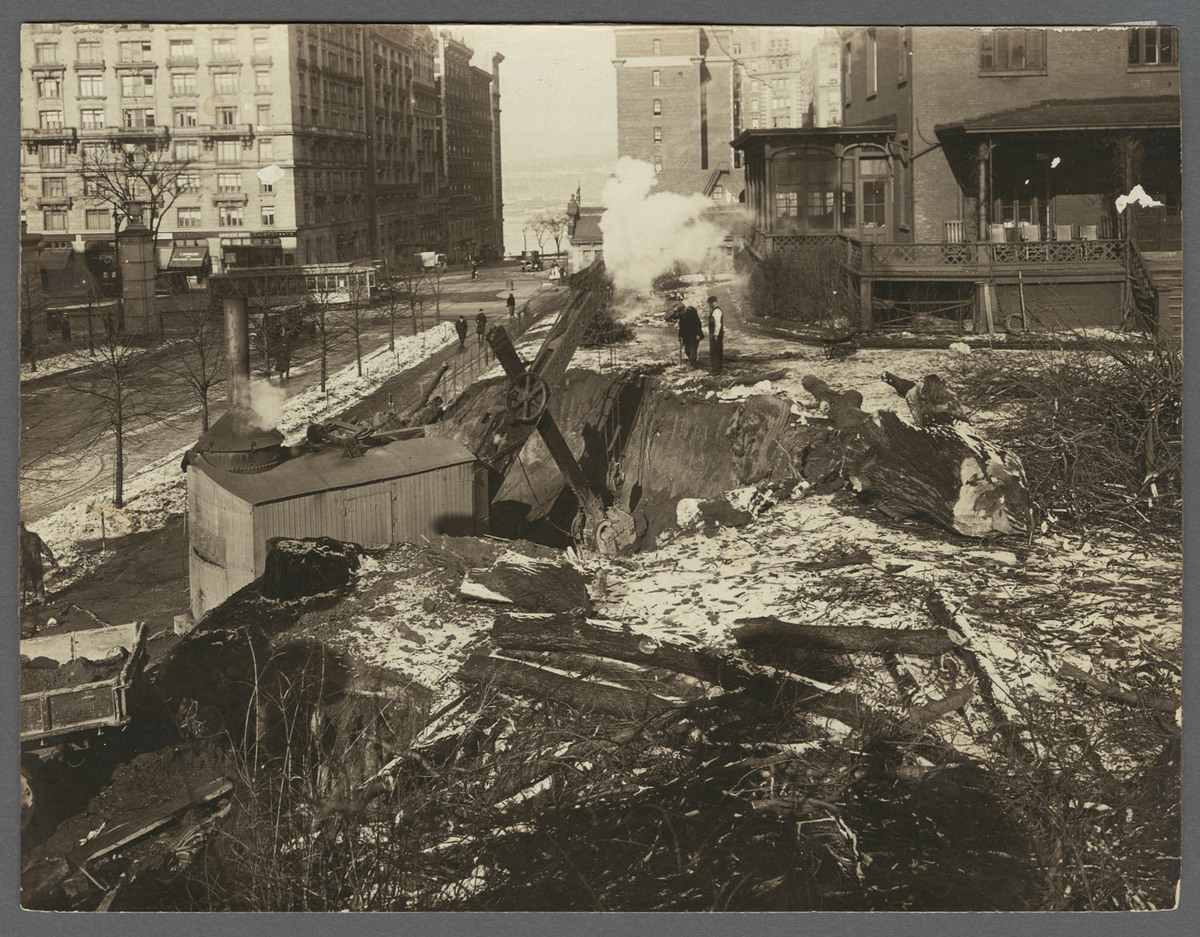 Breaking ground for the School of Business, now Dodge Hall

This photograph shows workmen breaking ground for the School of Business, now Dodge Hall. South Hall stands to the right, with Broadway and its trolley beyond.

The Department of Music left West Hall for South Hall (located near where Dodge Hall now stands), which was refitted as the first Faculty Club in 1905. Following its departure from South Hall, the Department of Music had offices and classrooms in Schermerhorn and the School of Mines. In 1913 the Department moved to the newly-completed Journalism Building, remaining there until 1965, when it moved to Dodge Hall, where it now occupies offices and classrooms renovated in the summer of 1996.