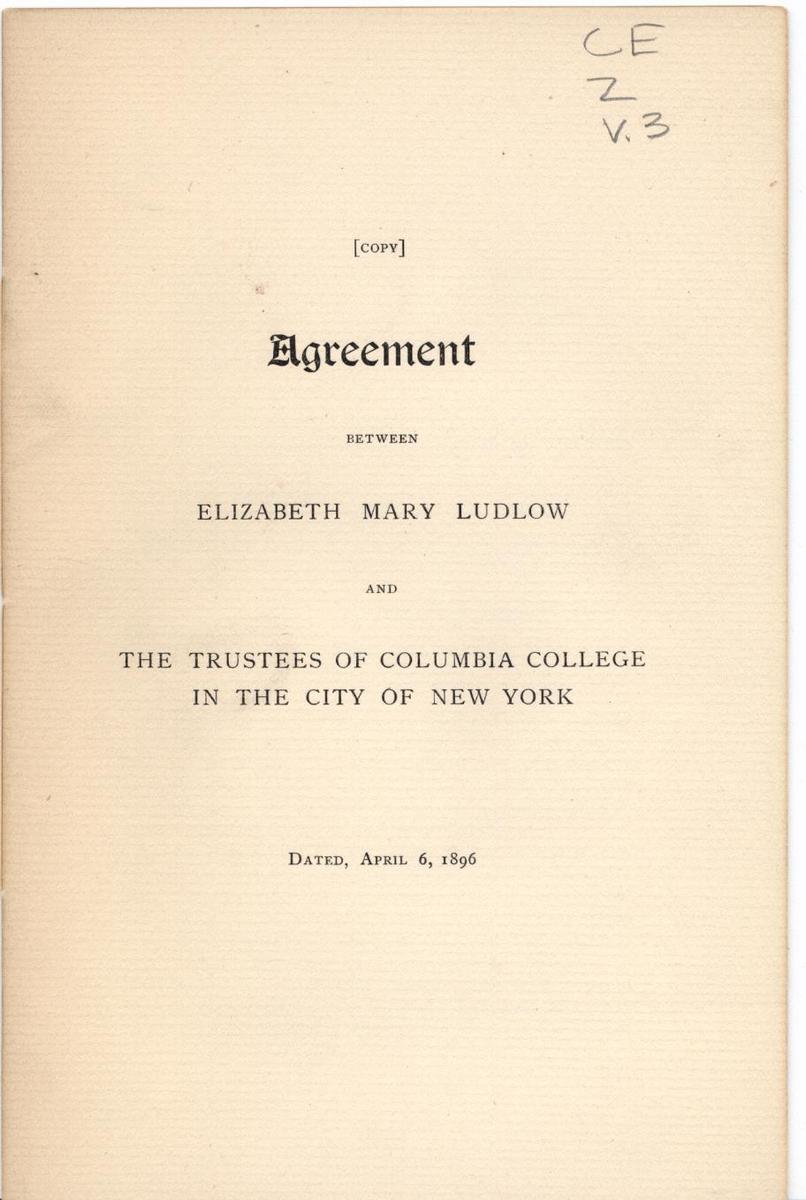 Agreement Between Elizabeth Mary Ludlow and The Trustees of Columbia College, April 6, 1896

Columbia University’s Department of Music came into being in the Spring of 1896, after Mrs. Elizabeth Mary Ludlow made a gift to Columbia College of the estate of her late son, Robert Center, for the purpose of providing instruction in music. The trustees had expressed interest in a music professorship — perhaps guided in part by the example of Harvard and Yale, who had already awarded posts to prominent musicians of the day: John Knowles Paine was named to the Harvard faculty in 1875, while Yale appointed Horatio Parker in 1894. Acknowledging Mrs. Ludlow’s “munificent gift” of real estate and stocks valued at $150,000, the Columbia trustees established the “Robert Center Fund for Instruction in Music, founded by his mother.”

As recorded in this brochure, the income from the invested funds was to be used for: "the payment of the salary of a Professor of Music, or of other Instructors of Music, or to Fellowships or Scholarships in Music, or be used in any one or more of these or such other ways as shall, in the judgment of the Trustees, tend most effectively to elevate the standard of musical instruction in the United States, and to afford the most favorable opportunity for acquiring instruction of the highest order."