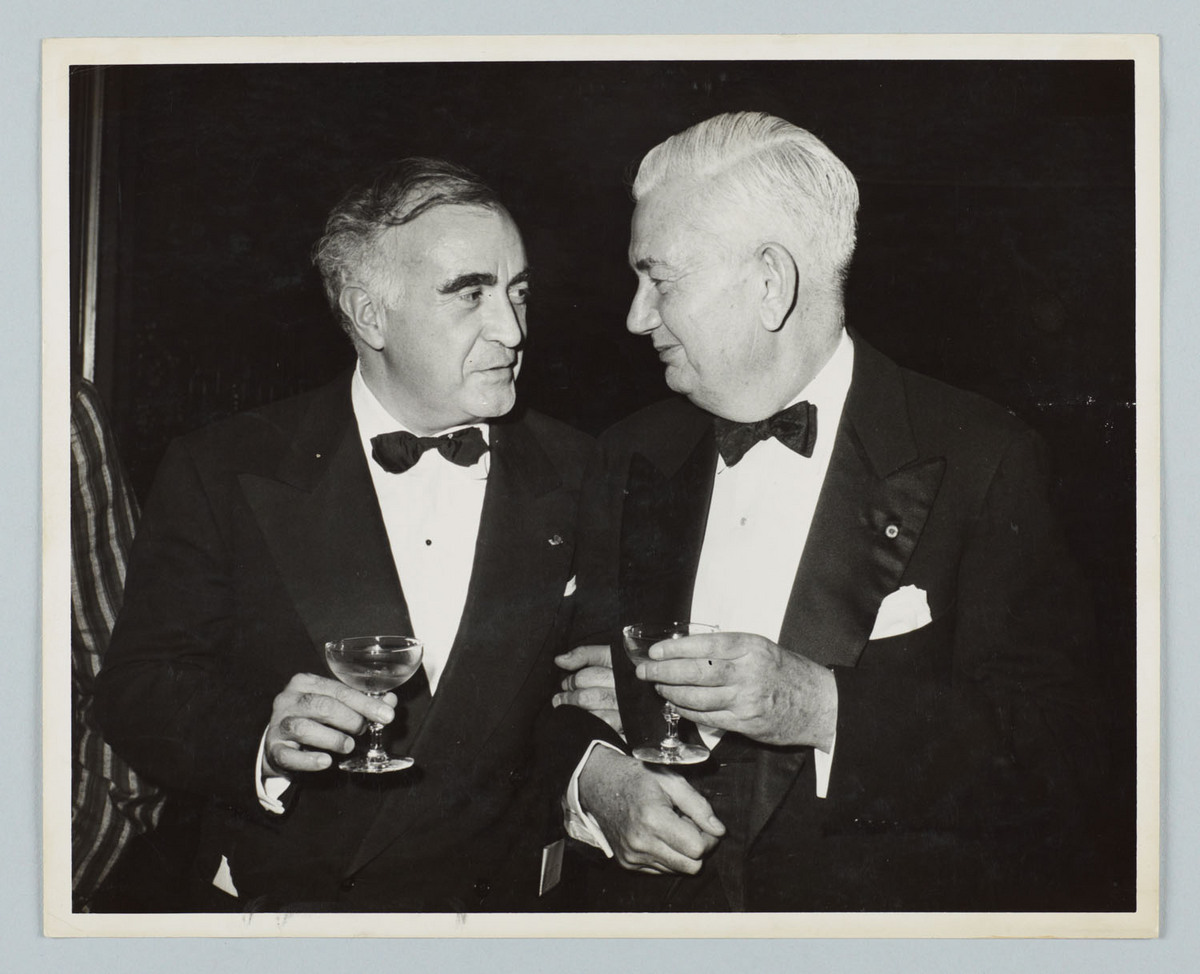 The General Statement from the Department of Music’s Announcement of 1897-98 cited as one of the new department’s aims the “training [of] musicians who shall be competent to teach and to compose.” The implicit link between teaching and composing, and the disciplines and skills required, have always figured strongly in Columbia’s curriculum, just as they have on its music faculty.

Many prominent composers have taught music at Columbia and have helped to make it a center of activity for new music. MacDowell was only the first composer to lead the department as chairman. Others are Daniel Gregory Mason, Douglas Moore, Henry Cowell, Jack Beeson, and George Edwards. Composer Otto Luening joined the Barnard faculty in 1944.

The occasion for this photograph was most likely the world premiere of Chavez’s opera Panfilo and Lauretta, presented at Brander Matthews Theater in 1957, the performance supported by the Alice M. Ditson Fund. 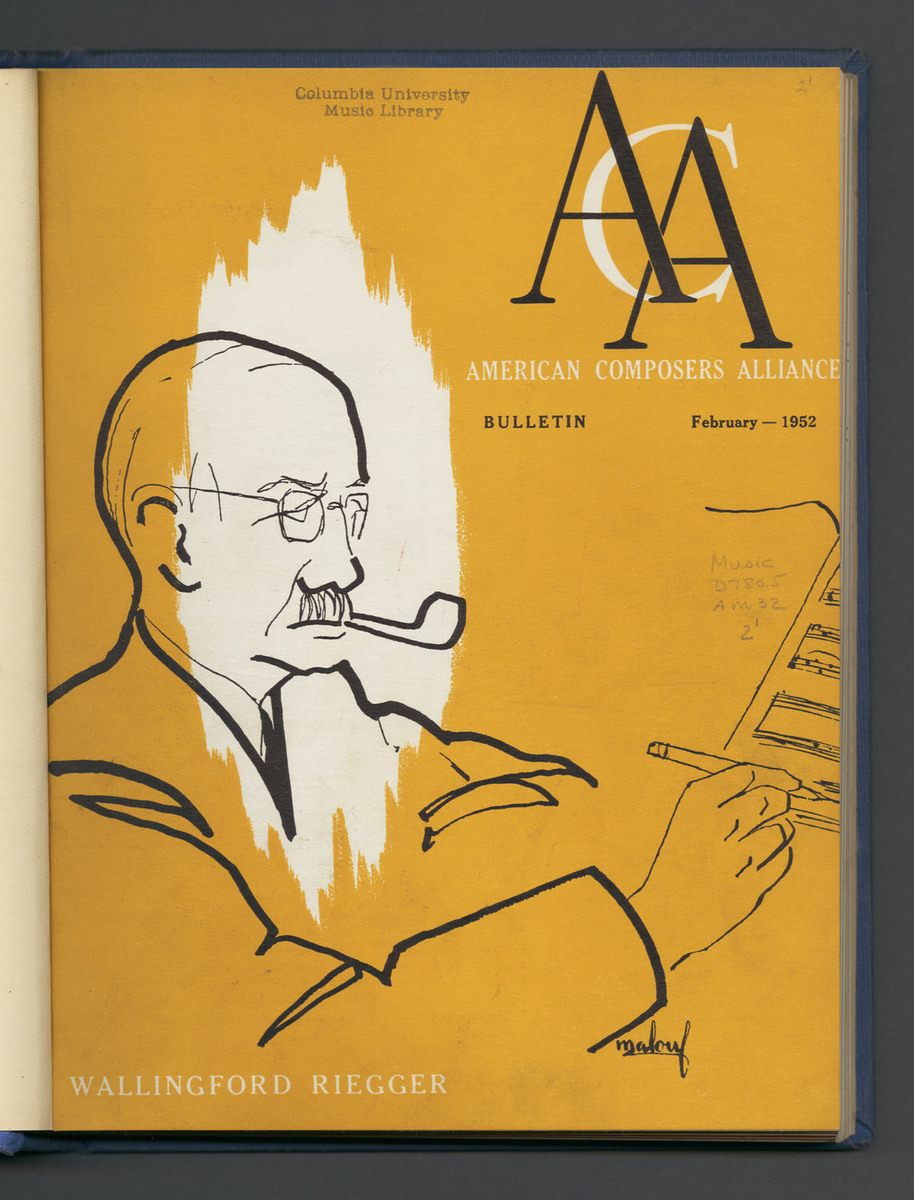 Cover with Portrait of Wallingford Reigger by Malouf, February, 1952, Vol. II, No. 1

Wallingford Riegger, Henry Cowell, and Edgard Varèse paved the way for modern music at Columbia, followed by Vladimir Ussachevsky, Chou Wen-chung, and Mario Davidovsky. The graduate program in composition leading to the M. A. and the D. M.A., administrated by the School of the Arts, was established in 1968. 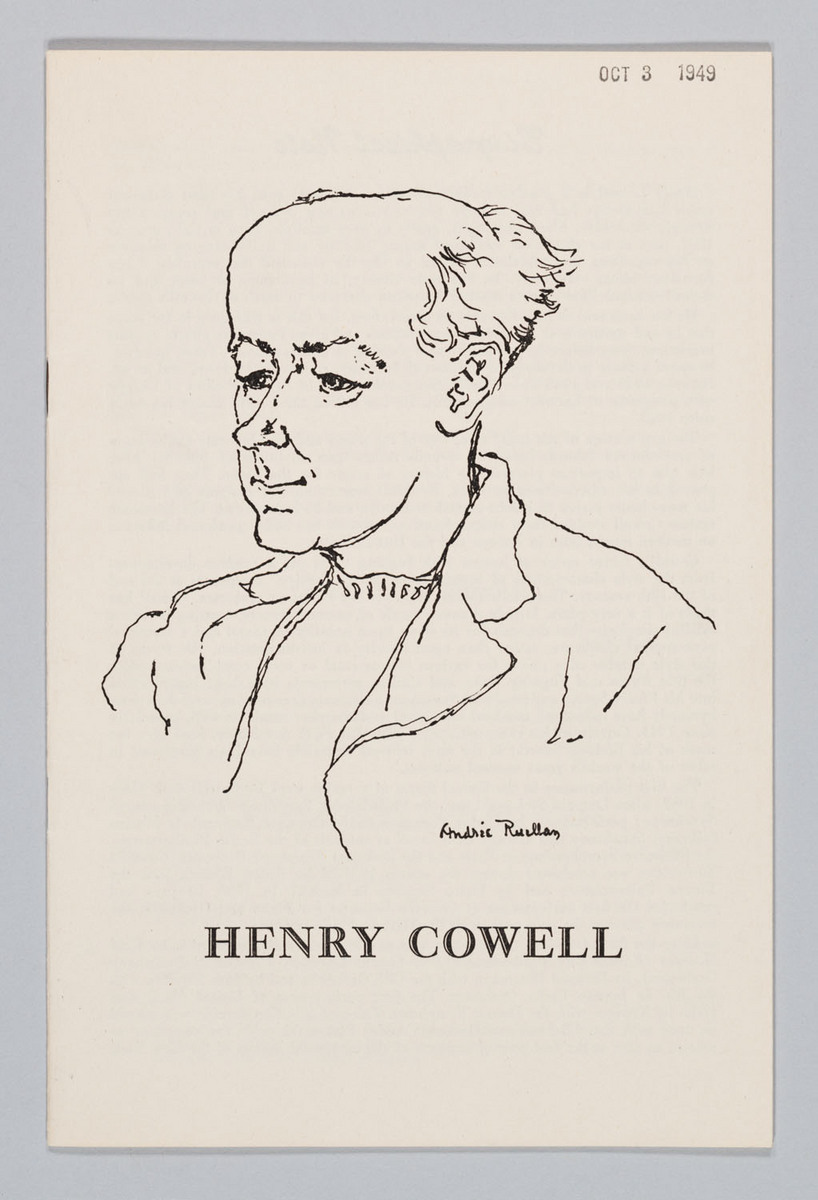 The Columbia Orchestra, with Howard Shanet conducting, played the world premiere of Cowell's "Hymn and Fuguing Tune No. 3" on 2 November 1953. 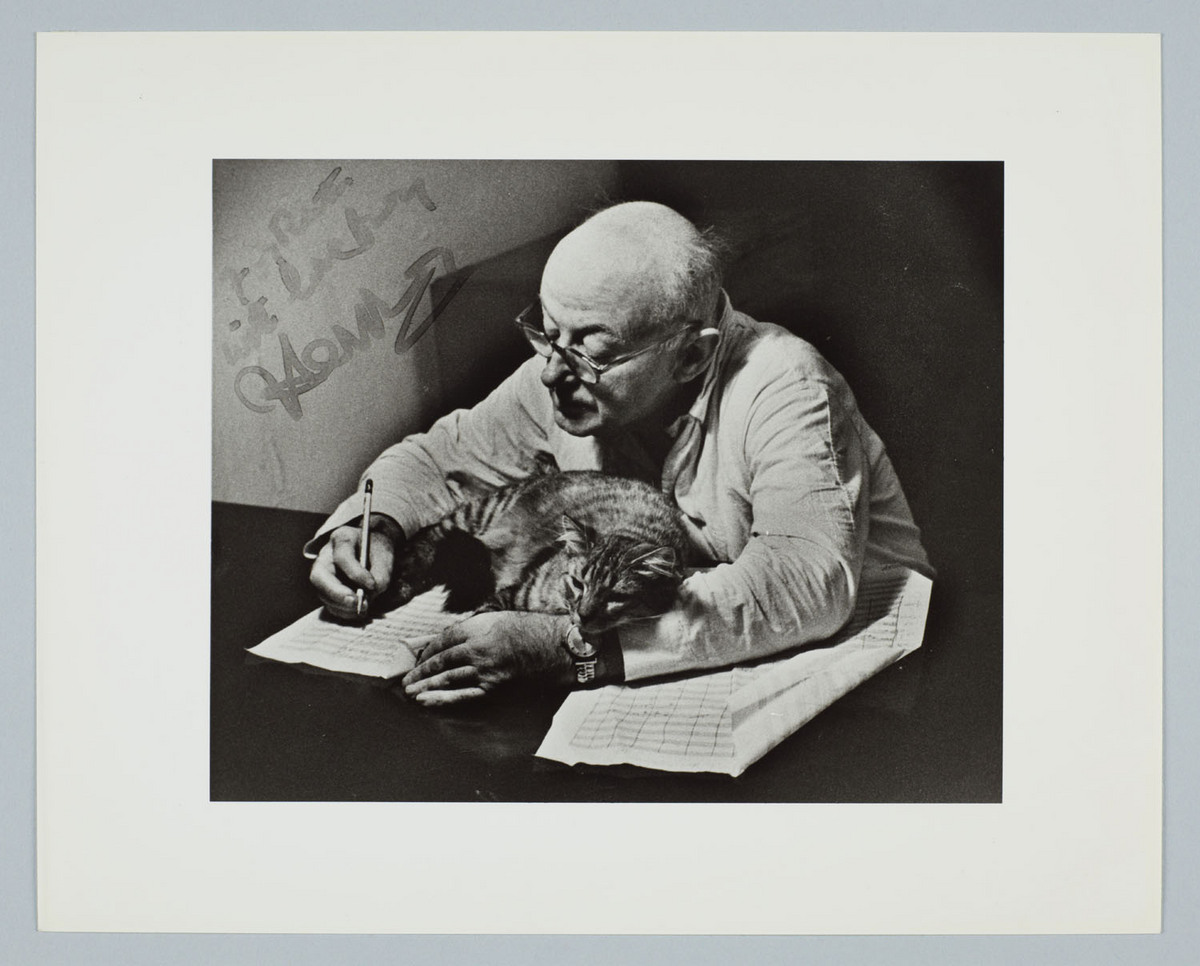 Henry Cowell, composing with his cat

Photograph, signed and inscribed, no date

This photograph of Henry Cowell is inscribed “to Ruth,” undoubtedly Ruth Ihrig, the Department of Music’s Administrator from 1947 to 1988.

Today members of the composition faculty fill multiple roles as composers, theorists, and teachers. Jonathan Kramer, Fred Lerdahl, and Brad Garton are also contributors to the growing literature on new compositional techniques and modern approaches to theory and analysis. At Columbia, which has provided an environment traditionally hospitable to new music, composition is no mere academic exercise. Faculty composers, themselves active and prolific masters of their craft, are in a singular position to guide the composer of the next generation.