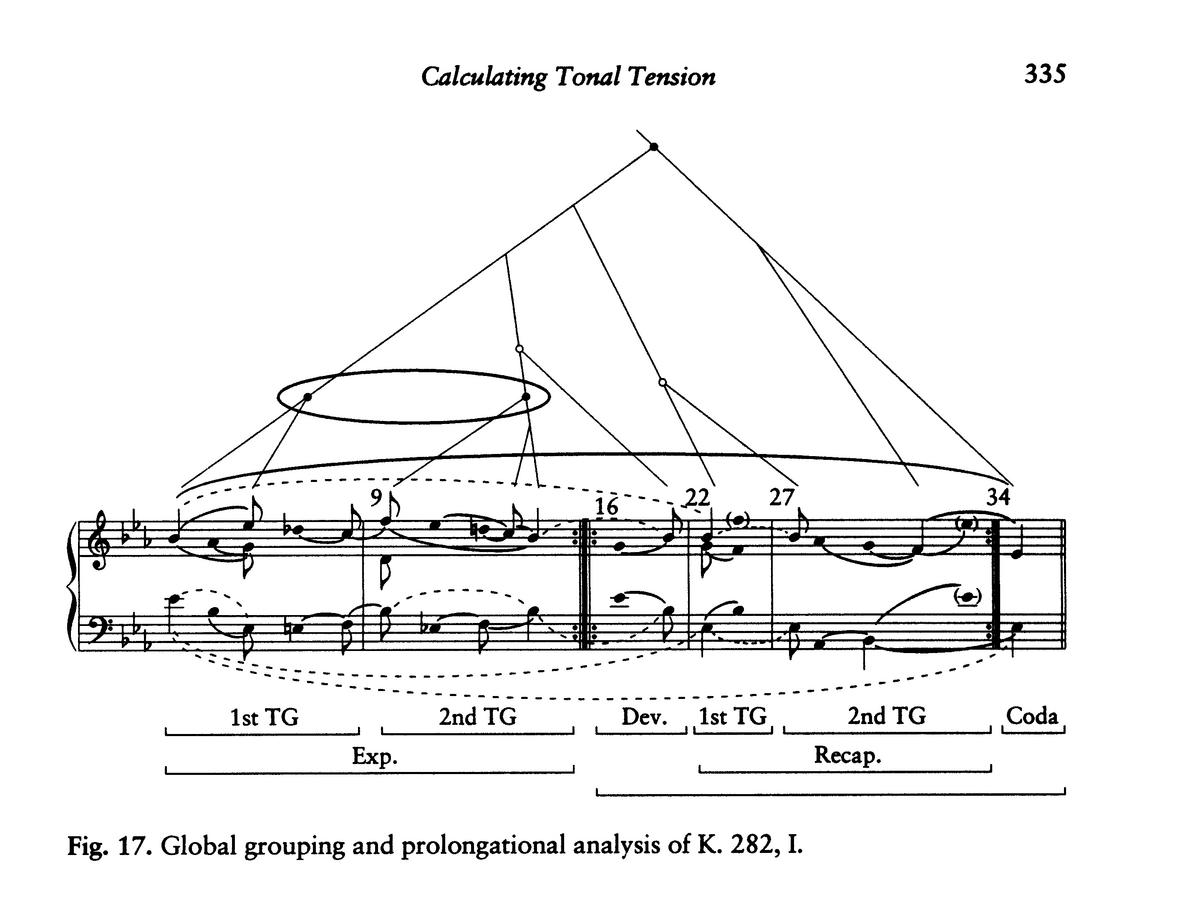 The diagram, resembling those developed by linguists to analyze syntactic structures, is here applied to the prolongational analysis of a Mozart piano sonata. Using such methods, Lerdahl measures patterns of tension and relaxation that influence a listener's emotional response to tonal music. This is an example of the innovative and cross-disciplinary scholarship that is transforming the field of music theory.

Some 50 years ago, William J. Mitchell introduced a music theory seminar into the graduate curriculum. When Edward Lippman joined the faculty in 1954, the theoretical offerings expanded to encompass the philosophy and aesthetics of music and the history of theory. But the overriding emphasis in music theory, as present faculty member Jonathan Kramer has written, has been the explanation of bodies of music, with the goal of perceiving structure and detail.

Modern day theory seeks to broaden its context. Like other branches of music scholarship, music theory is drawing on other disciplines such as linguistics, semiotics, narrative theory, and phenomenology. Psychology and the sociology of music are becoming increasingly important to music theory. Kramer and his colleague Joseph Dubiel are active not only as scholars but as composers. Theorist Mark DeBellis's research interests include philosophy and aesthetics. His book, Music and Conceptualization, appeared in 1995.

Kramer observes that music theorists are looking at the human response to music and thus at questions of meaning, aesthetics, and cognition. "Whatever approach illuminates a piece [of music] is fair game, whether that approach is a rigorous existing theoretical system or a notion dreamed up contextually for use only in one particular passage or an idea imported from psychology, sociology or aesthetics." At Columbia, meanwhile, there continues a strong tradition affirming the connection between theory and practice.