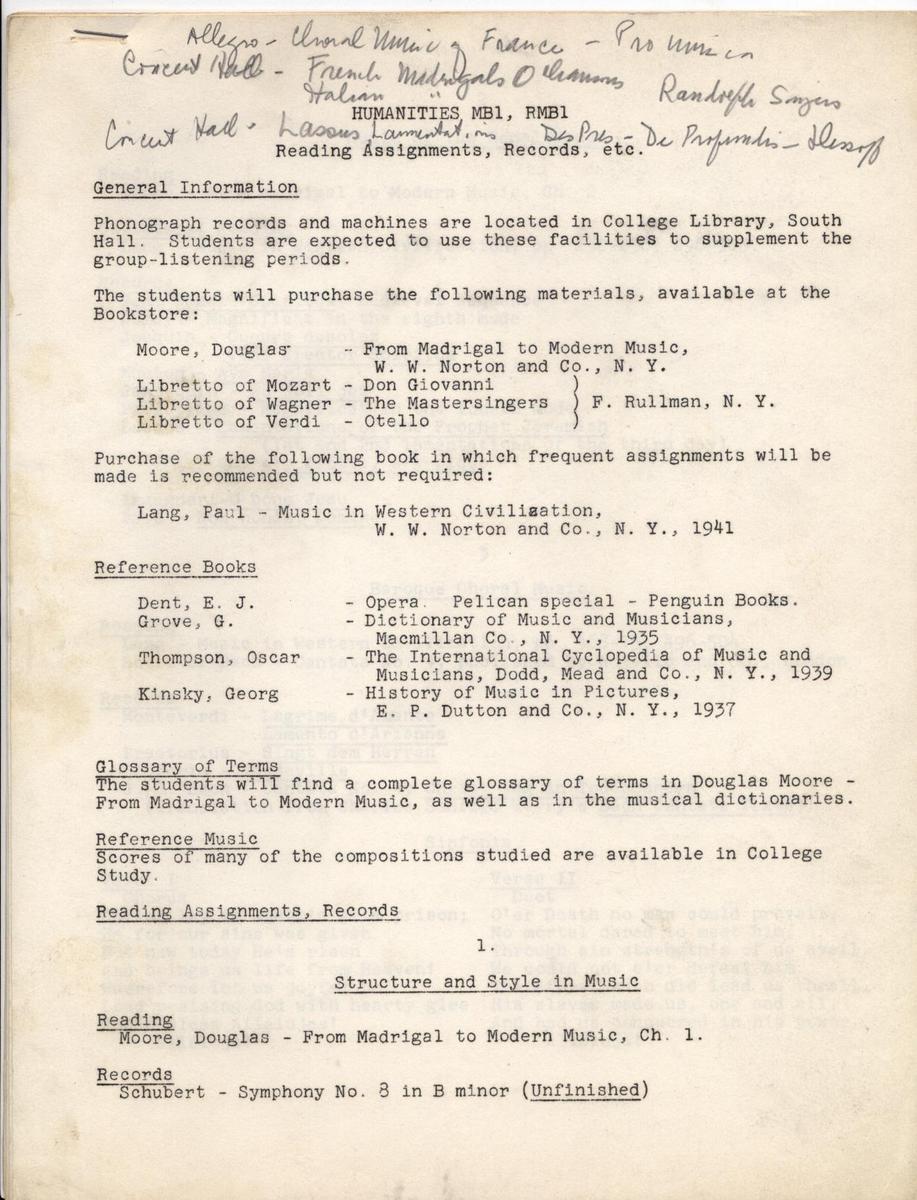 From his founding of the Music Department it was Edward MacDowell's hope that all Columbia undergraduates be required to take a course in music history. As Douglas Moore wrote in his chapter on "The Department of Music" for A History of The Faculty of Philosophy, Columbia University, printed in 1957: "MacDowell's scheme was far-reaching. He wrote to President [Nicholas Murray] Butler on May 22, 1902 as follows: "I wish also to suggest as the most vital point in the planning of the new school that at least one course in art should be required of every student in the college before graduation." It is interesting to observe that this visionary idea of 1902 was formally accepted by Columbia College with the adoption of the required Humanities program in 1937 and is now in operation."

Moore continues: "All sophomore in Columbia College are exposed to music through the required course, Humanities MB. From its pioneering and experimental beginnings in 1937, when the idea of a two-year sequence of courses in the Humanities was adopted by the Faculty of Columbia College, the course has developed to a point where it has become an object of interest, study, and imitation by many of our country's undergraduate colleges."

Music Humanities (familiarly known as "Music Hum") became a formal part of Columbia's Core Curriculum in 1947, and has generated much discussion in and out of the department through its 50 years of existence. Today its goals and approaches have been brought up to date, but its mission is fundamentally unchanged, and it remains a requirement for graduation. Music as part of the Core Curriculum stands as a hallmark of undergraduate education at Columbia and, at the Department of Music Centennial, an entirely fitting legacy of the department's founder.