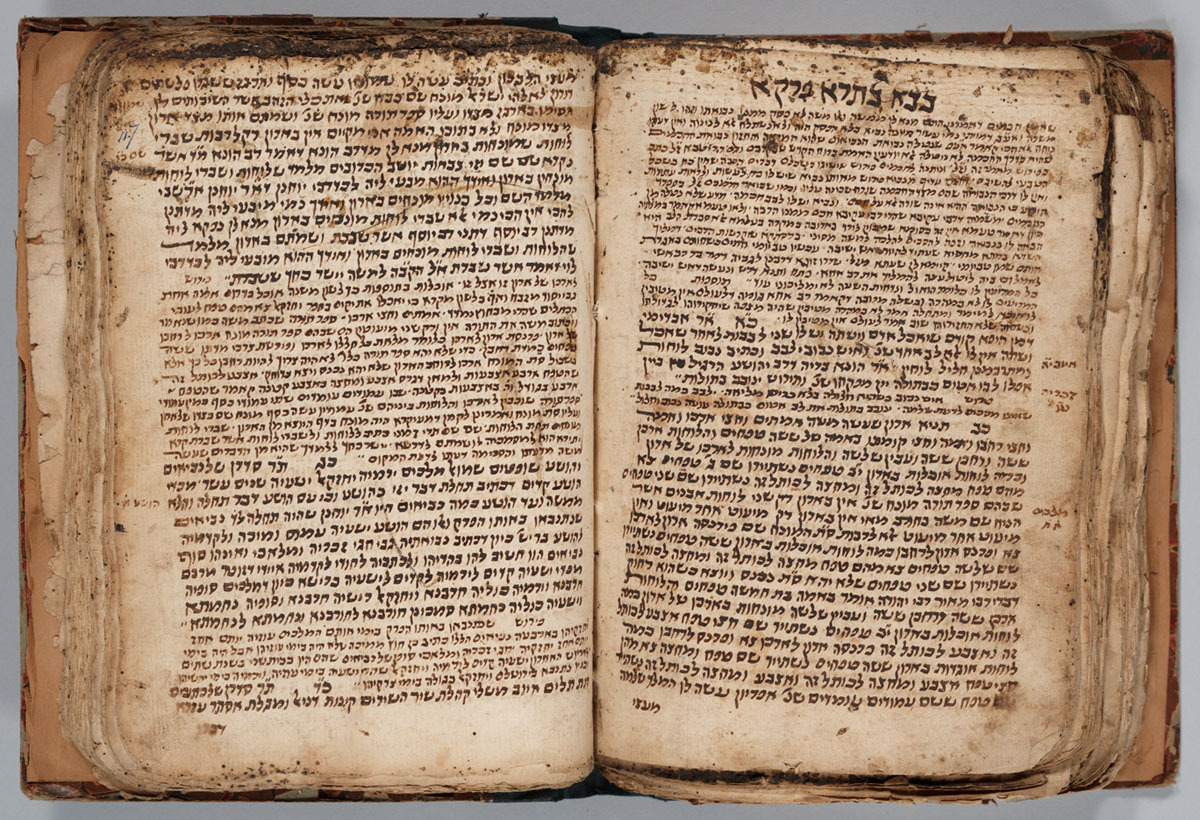 Jacob ibn Habib was one of the tens of thousands of Jews expelled from Spain in 1492.  Like many of his compatriots, he fled to Portugal after the Spanish edict of expulsion, only to be expelled from there five years later.  Jacob was one of the lucky ones, who made it safely out of Portugal and across the Mediterranean Sea to Salonika, where he ultimately became a rabbi of the substantial community of Iberian Jewish refugees.  He was considered one of the great leaders of his generation, and his halakhic rulings were quoted by many authorities of the time, including Joseph Caro.  His magnum opus was the ‘En Ya’akov, a collection of the aggadot, tales from the Talmud.  This manuscript is an early copy of his work.