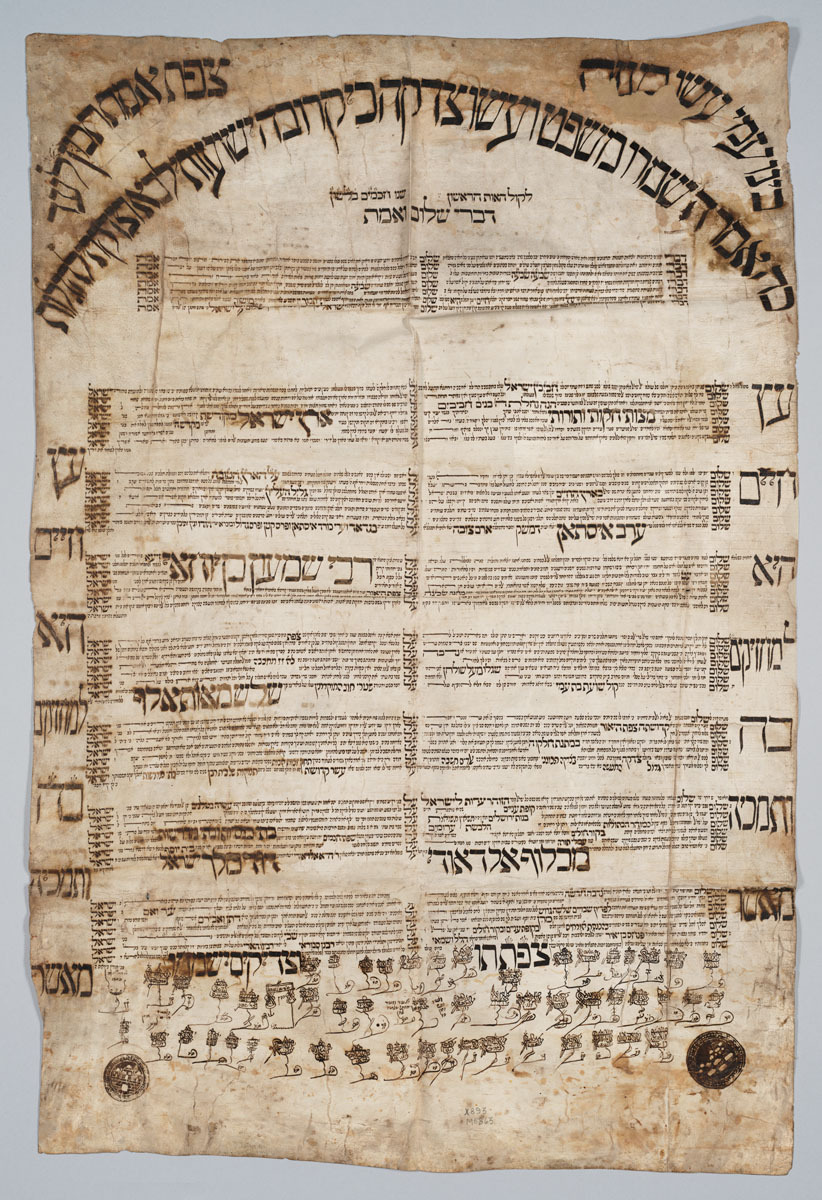 Makhlouf Eldaoudi, whose family traced its lineage back to the ancient Davidic dynasty, served as rabbi of the Jewish communities of Safed, Acre, Tiberias, and Haifa. Over the course of his life, he travelled to Diaspora Jewish communities to collect funds for Jewish institutions in Palestine as a shaliaḥ de-rabanan (emissary of the rabbis) as many as five times. Eldaoudi traveled with this letter -- folded for ease of transport -- which delineates the request for money to support Torah scholars and poor brides, tend to the sick, and to free captives from his community.

Purchased for Columbia by Salo Baron from David Fraenkel, 1933.