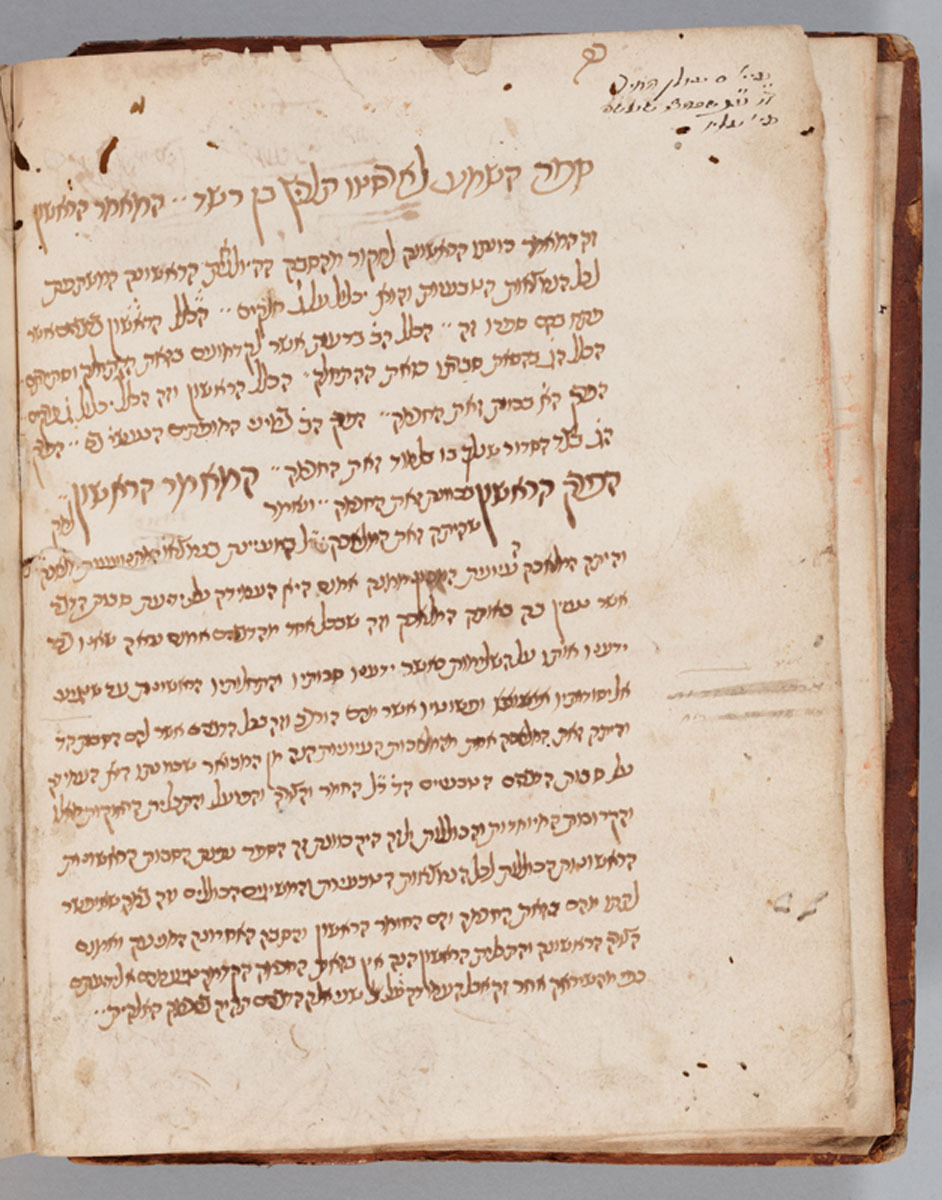 The works of Averroës (Arabic: Ibn Rushd), one of the greatest medieval Islamic philosophers, were well-studied in the medieval Jewish world.  This is perhaps due to the fact that no less a scholar than Moses Maimonides respected and recommended his work.  For many medieval Jewish philosophers, Aristotle’s works could only be studied through the medium of Ibn Rushd's work.  This particular text is his commentary on Aristotle's Physics.

Purchased for Columbia by Salo Baron from David Fraenkel, 1933.