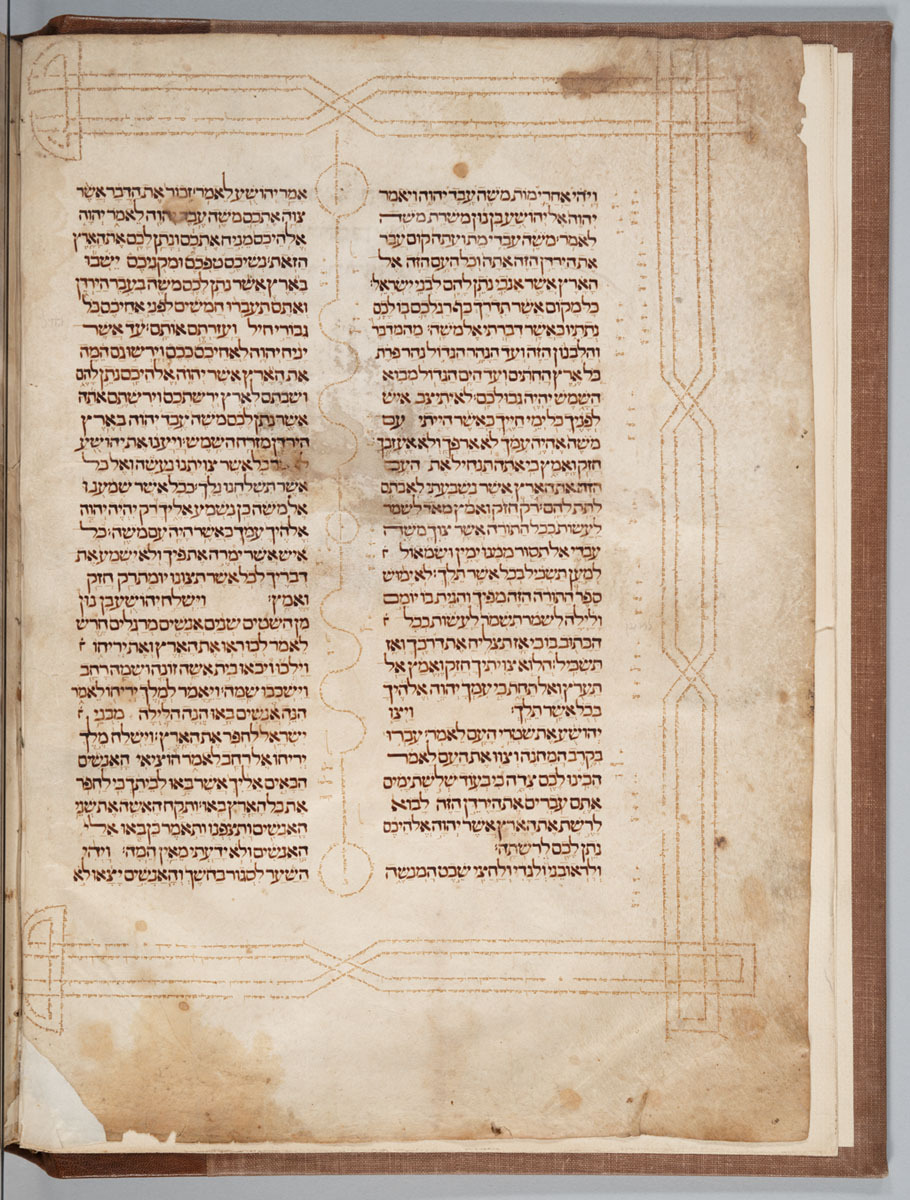 The most recent owner of this beautiful Hebrew Bible manuscript from Spain was Louis Loewe, Oriental Linguist and Hebrew lecturer to the Duke of Sussex.  Loewe frequently accompanied his great friend Sir Moses Montefiore, famed leader of British Jewry and renowned philanthropist, in his travels around the world on behalf of foreign Jewish communities.

Purchased from Brentano’s by Union Theological Seminary in 1947.