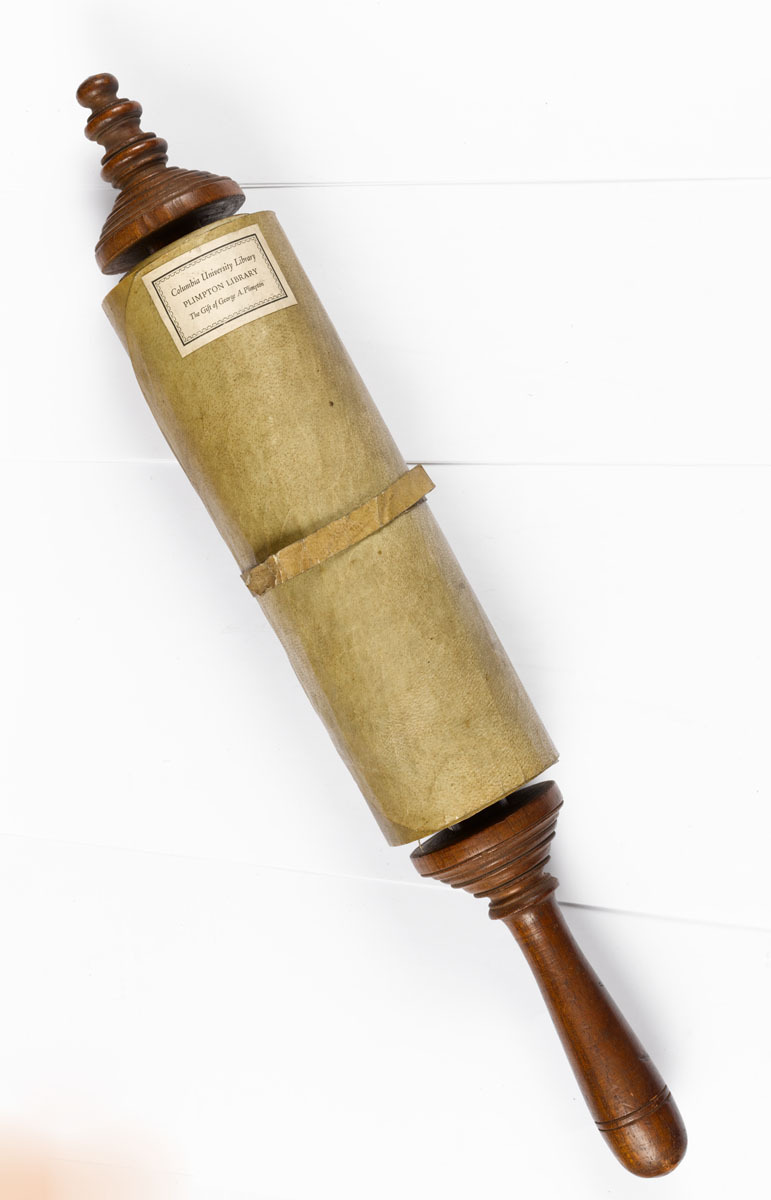 The existence of distant Jewish communities in faraway and exotic lands has long been a source of intense interest in the Western world, for Jews and non-Jews alike.  The earliest recorded presence of Jews in India can be found in Arabic documents from the 9th century.

The two manuscripts shown here recount the visits of two separate travelers to the Indian Jewish communities of Cochin and Malabar.  The Hebrew scroll is a history of the "Black and White Jews of Cochin and Malabar." The Spanish document  describes a visit by the author to the Jewish community of Cochin.  It was published in Portuguese in Amsterdam in 1678, with a Spanish translation following in 1687.