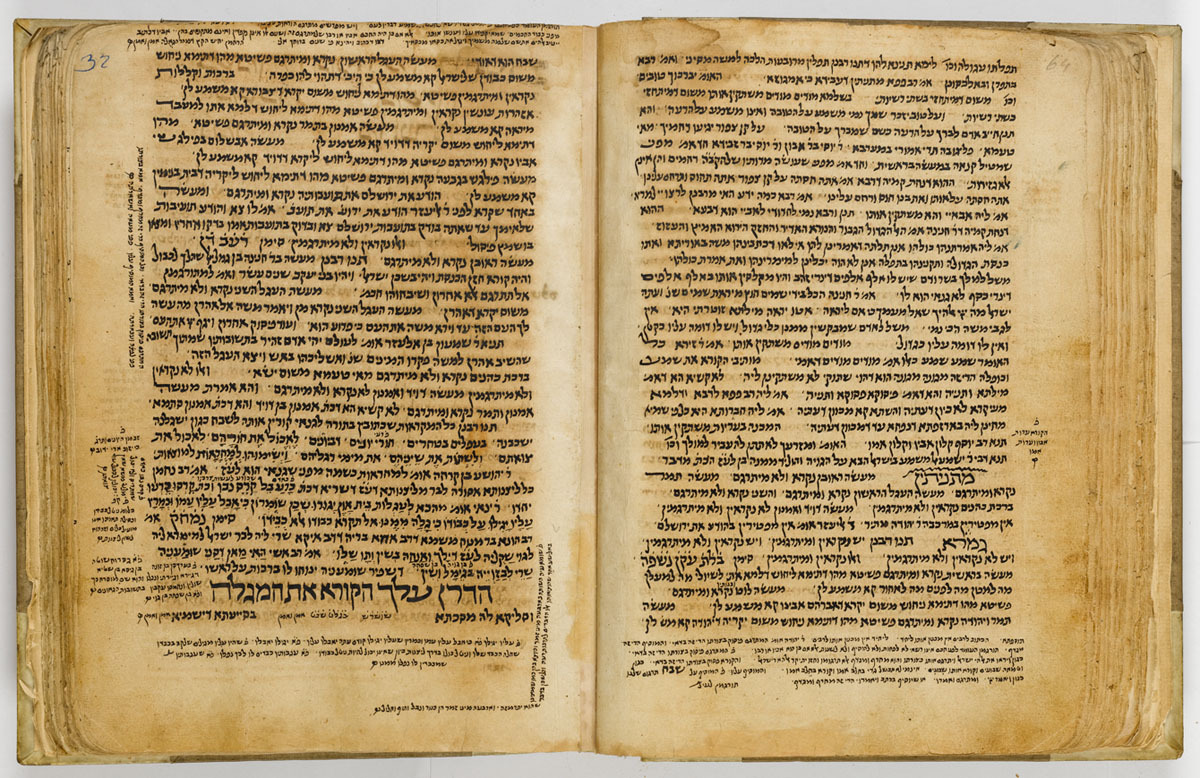 Due to the relative isolation of the Yemenite community, the Yemenite Talmudic tradition is generally considered older and more accurate than most of the Talmuds that we have today.  This particular manuscript has been used as a critical text by many scholars, and includes variations from other Talmudic manuscripts, as well as the standard printed text.  It also includes quite a bit of post-Talmudic commentary, often incorporated into the Talmudic text rather than written separately, such that the text of the Talmud flows straight into its commentary.  Its importance to scholarship is indicated by its nickname, “the Columbia Talmud.”

We know the names of two of its owners due to a purchase agreement at the end of the manuscript, which indicates that it was purchased in 1690 by Mose ibn Sa'id, from its previous owner, Abraham al-Sudi.

Thanks to the generosity of the National Library of Israel, this manuscript is available in its entirety here.