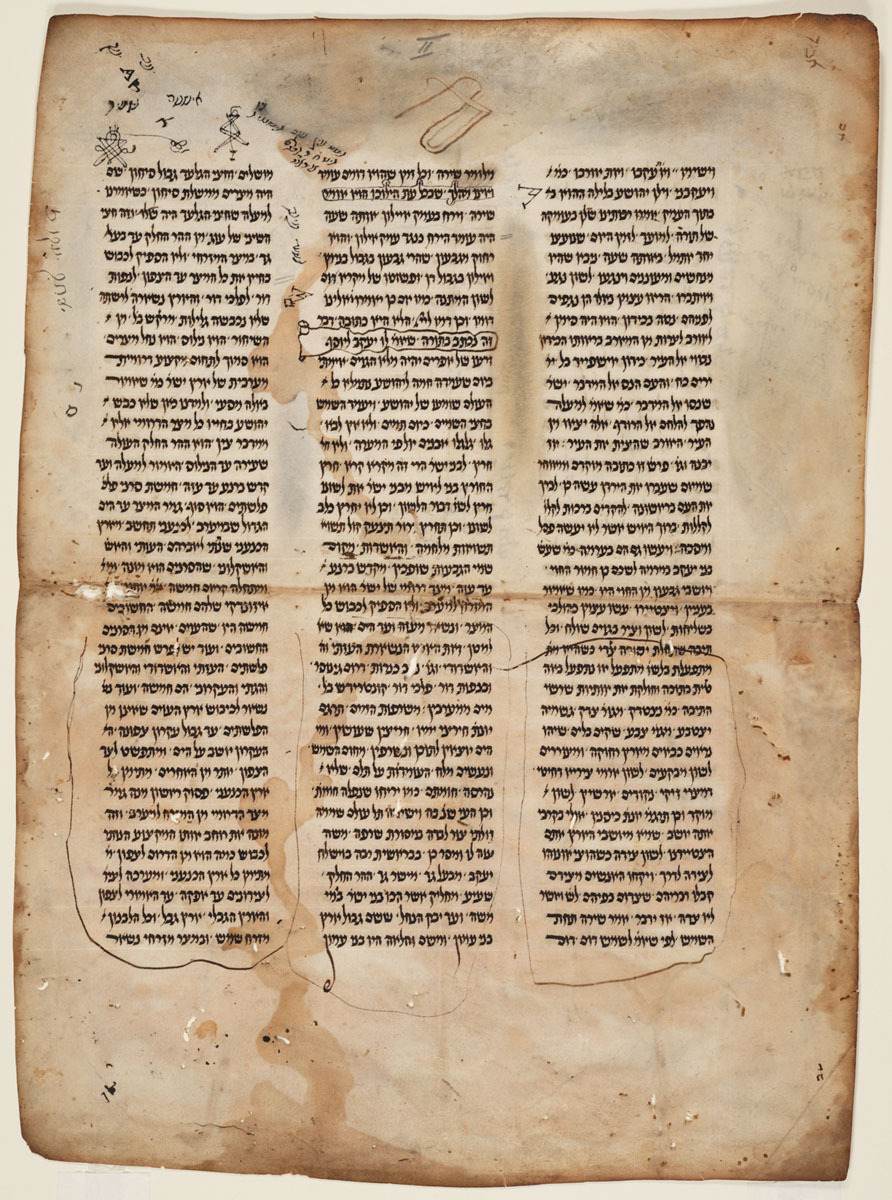 Rabbi Solomon ben Isaac (RaSHI) was the foremost Jewish commentator on the Bible and the Talmud.  He was born at Troyes, in France, and studied in the Talmudic academies of Mainz and Worms.  Rashi established a school in France, where he trained many of the leading scholars of the subsequent generation.  He lived through the traumas of the first Crusade, which would terrorize the Jewish communities of France and Germany in 1095 and 1096.  Some of Rashi’s legal rulings survive in addition to his commentaries, and they shed light on the Jewish community in the aftermath of the first Crusade.

This manuscript of his commentary on Joshua was produced within a century of Rashi’s death.