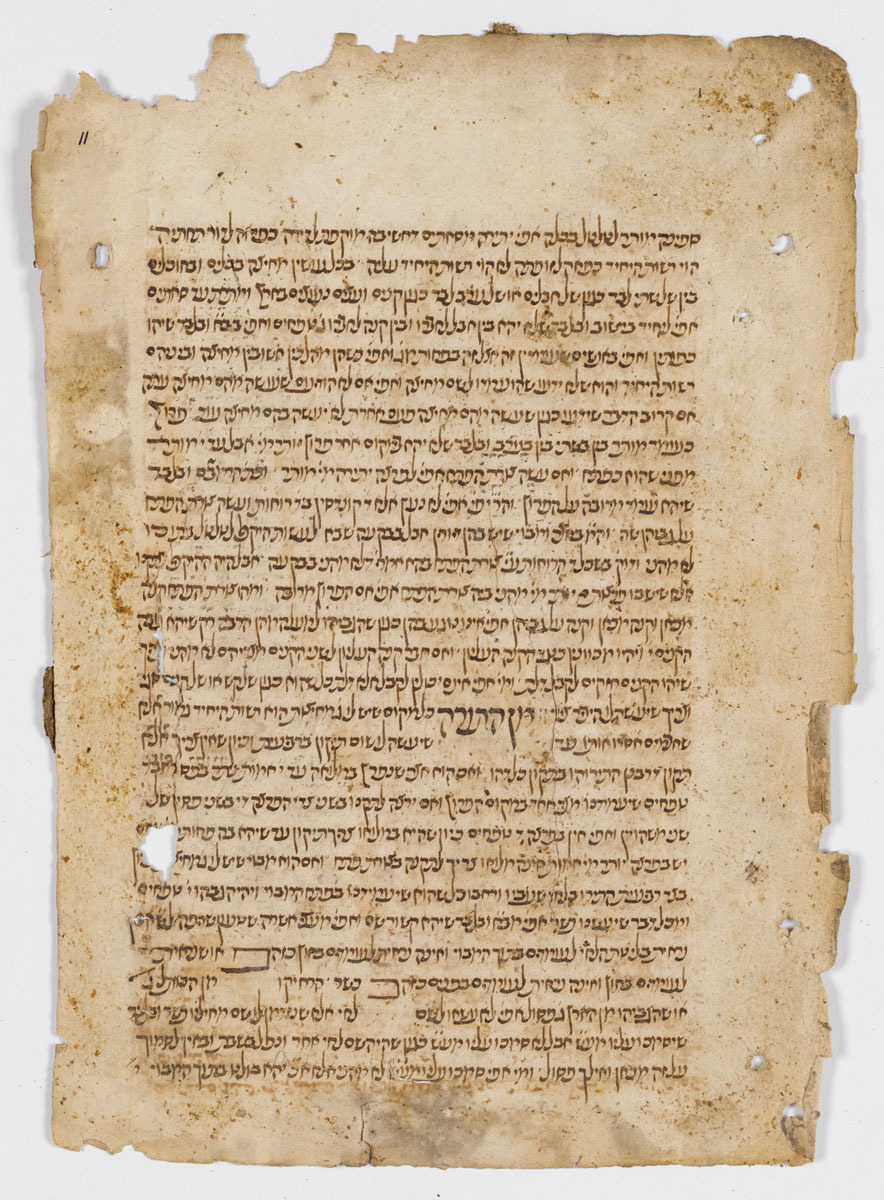 Rabbi Jacob ben Asher’s magnum opus, the Arba’ah Turim, was the original model for a compendium of Jewish law.  He wrote in his introduction that his work was necessary because of vast confusion and controversy that had arisen regarding the law.  He divided the Arba’ah Turim  into four sections: Orah Hayyim deals with prayers, the Sabbath, and festivals, and was geared to both laymen and rabbis.  Yoreh De'ah deals primarily with the laws of kashrut, but also discusses the laws of intimate relations.  This volume was primarily written for rabbis.  Even ha-Ezer deals with the laws of marriage and divorce, and was written for community judges.  Ḥoshen Mishpat was also written for community judges, and includes the laws of civil and personal relations.  Many of the major authors of halakhic works followed Jacob ben Asher’s style, including Joseph Caro, author of the Shulhan Arukh.  The manuscript shown here is part of the section dealing with the Sabbath.