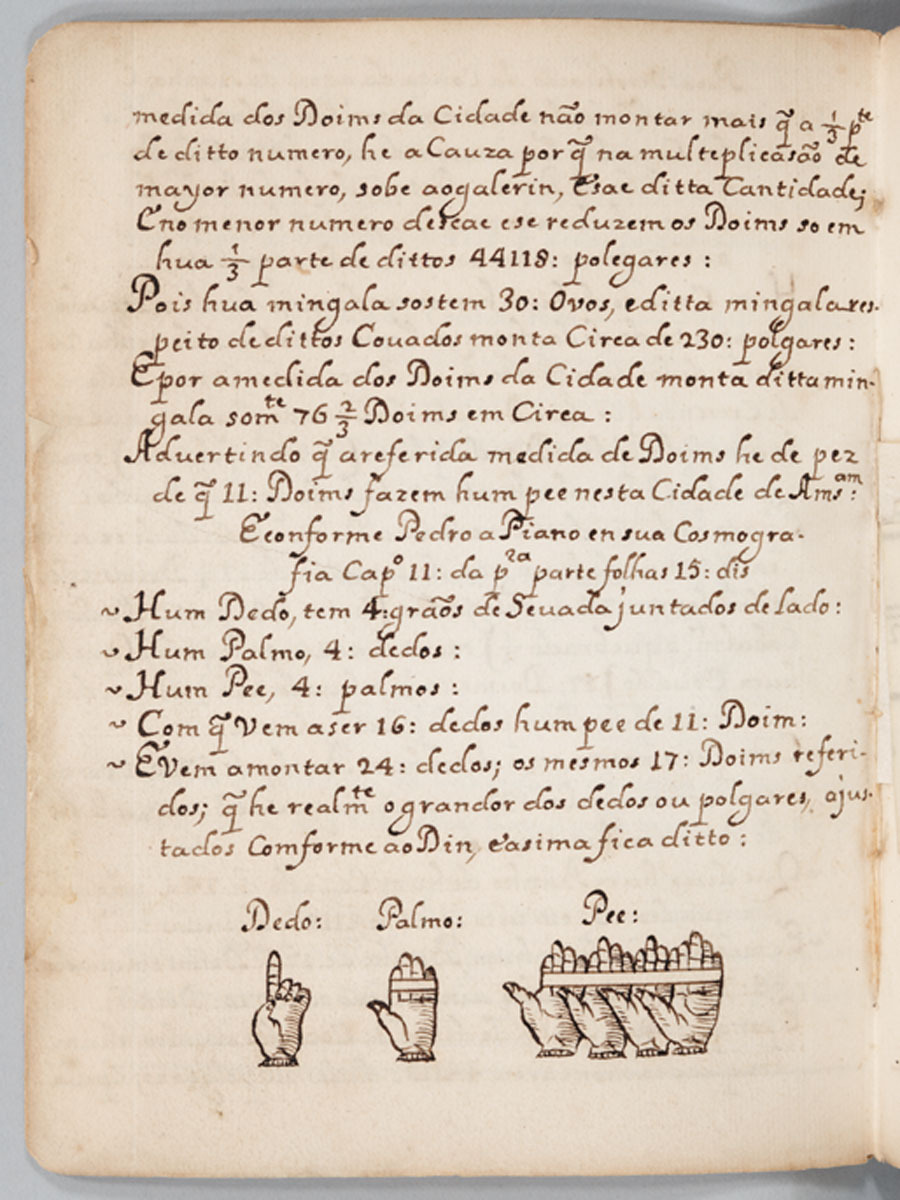 This manuscript describes the laws pertaining to the dimensions of a mikveh (ritual bath) and includes a fold-out ruler.  The beginning of the manuscript includes a copy of a rabbinical statement certifying that a particular mikveh in Amsterdam is kosher, implying that there may have been some controversy surrounding its status.

In most Jewish communities, the primary function of the mikveh was for the purpose of maintaining the laws of family purity, but in Amsterdam, this purpose was augmented by the influx of conversos from the Iberian peninsula.  Because many converses had been practicing as Chrisitians for hundreds of years, their Jewish heritage was uncertain, and so they were often required to immerse in the mikveh as if they were converts to Judaism before joining the community.