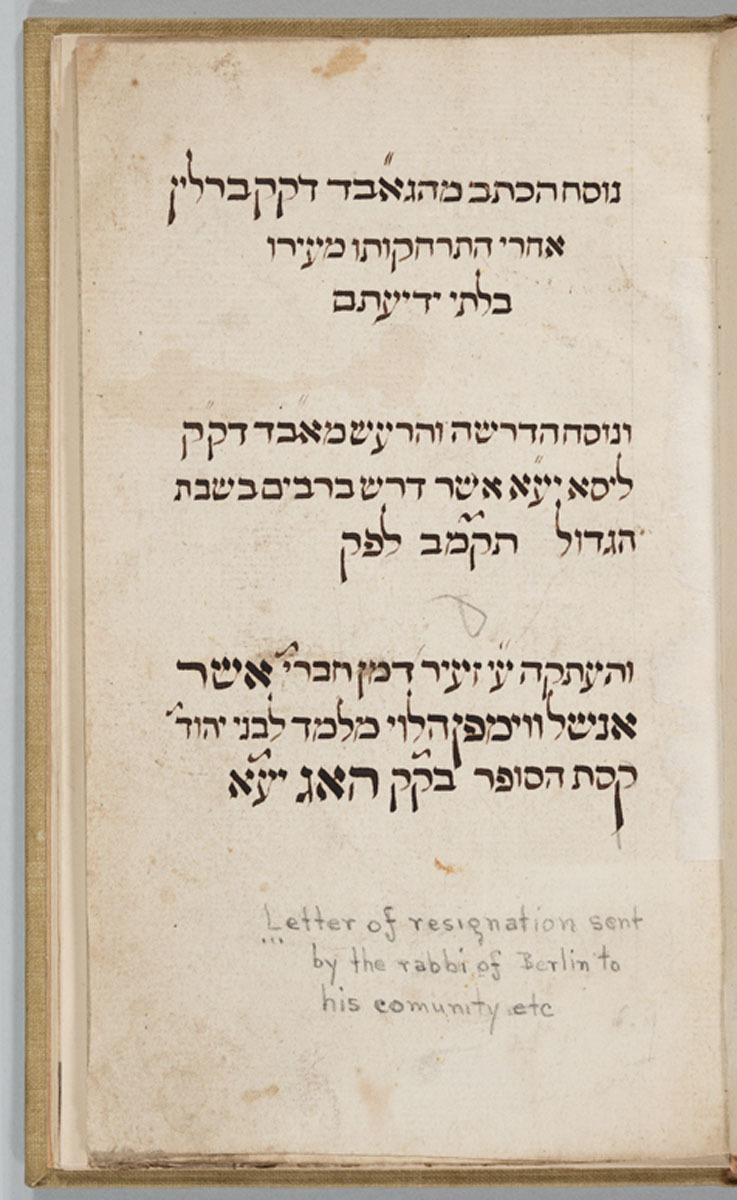 In 1782, Naphtali Herz Wessely, a well-known member of the Jewish Enlightenment, wrote a pamphlet called "Divre Shalom va-Emet," lauding the Austrian emperor Joseph II's Toleranzpatent, which called for, among other things, secular education in Jewish schools.  Major religious leaders such as Ezekiel Landau and David ben Nathan of Lissa opposed Wessely's ideas, and called on the rabbi of Berlin, Zevi Hirsch Levin, to join them in their opposition.  The strong Enlightenment contingent in Berlin would not allow Rabbi Levin to oppose Wessely, and complained of his actions to the government.  Caught between the two opposing factions, Rabbi Levin felt he could not take the pressure and handed in his resignation, a copy of which is preserved in this manuscript.