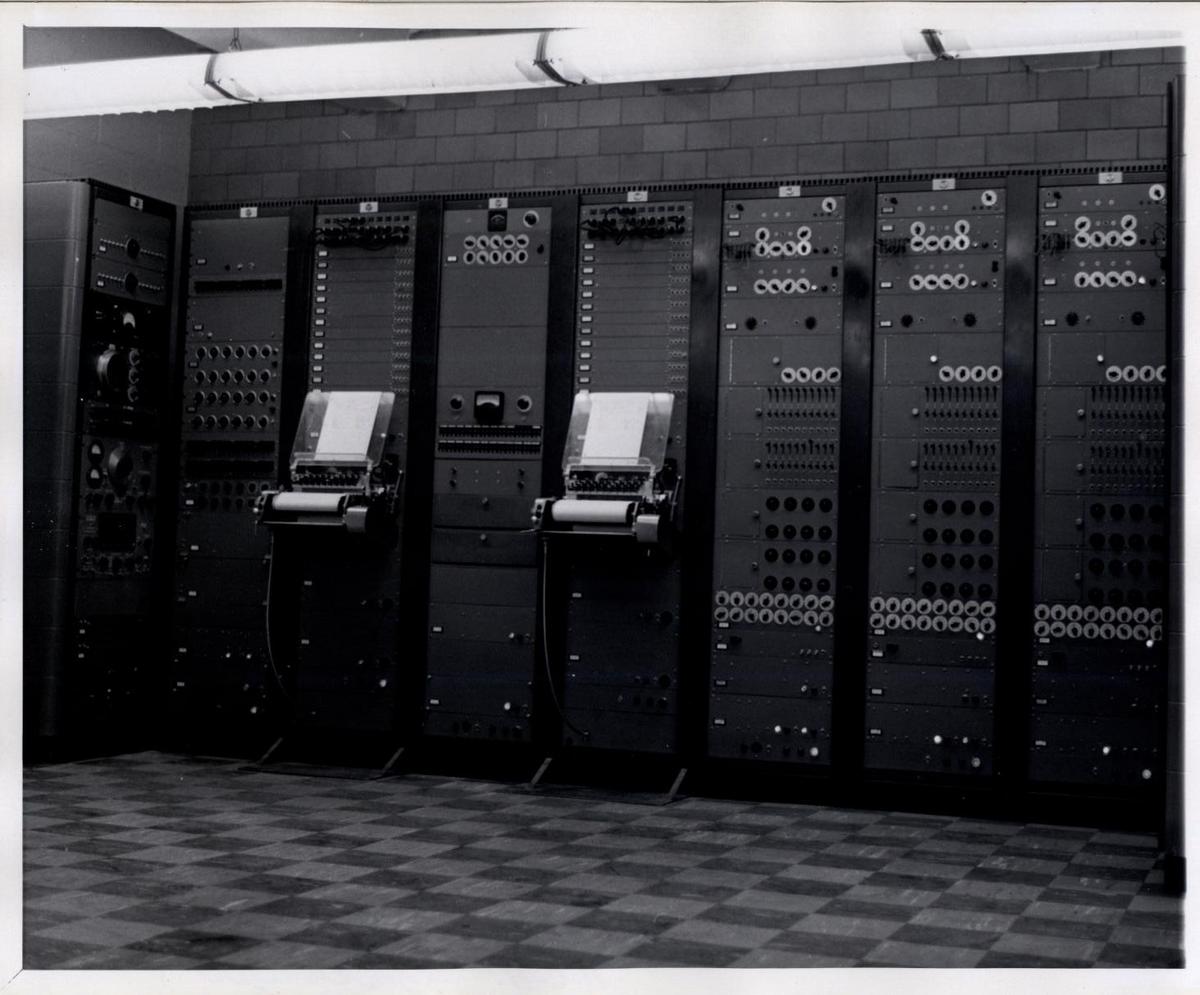 A five-year grant from the Rockefeller Foundation in 1959 brought together the resources of Princeton University and Columbia, and the Columbia-Princeton Electronic Music Center took up residence in Prentis Hall, on West 125th Street. A second landmark acquisition was the RCA Mark II Sound Synthesizer, installed in its own studio in Prentis, where it still lives.

Ussachevsky and Delegation of Russian Composers

Columbia received a delegation of Russian composers, under the sponsorship of the Soviet Composers' Union, during their visit to the United States in September, 1959. At the top of their list was a visit to the Electronic Music Center.