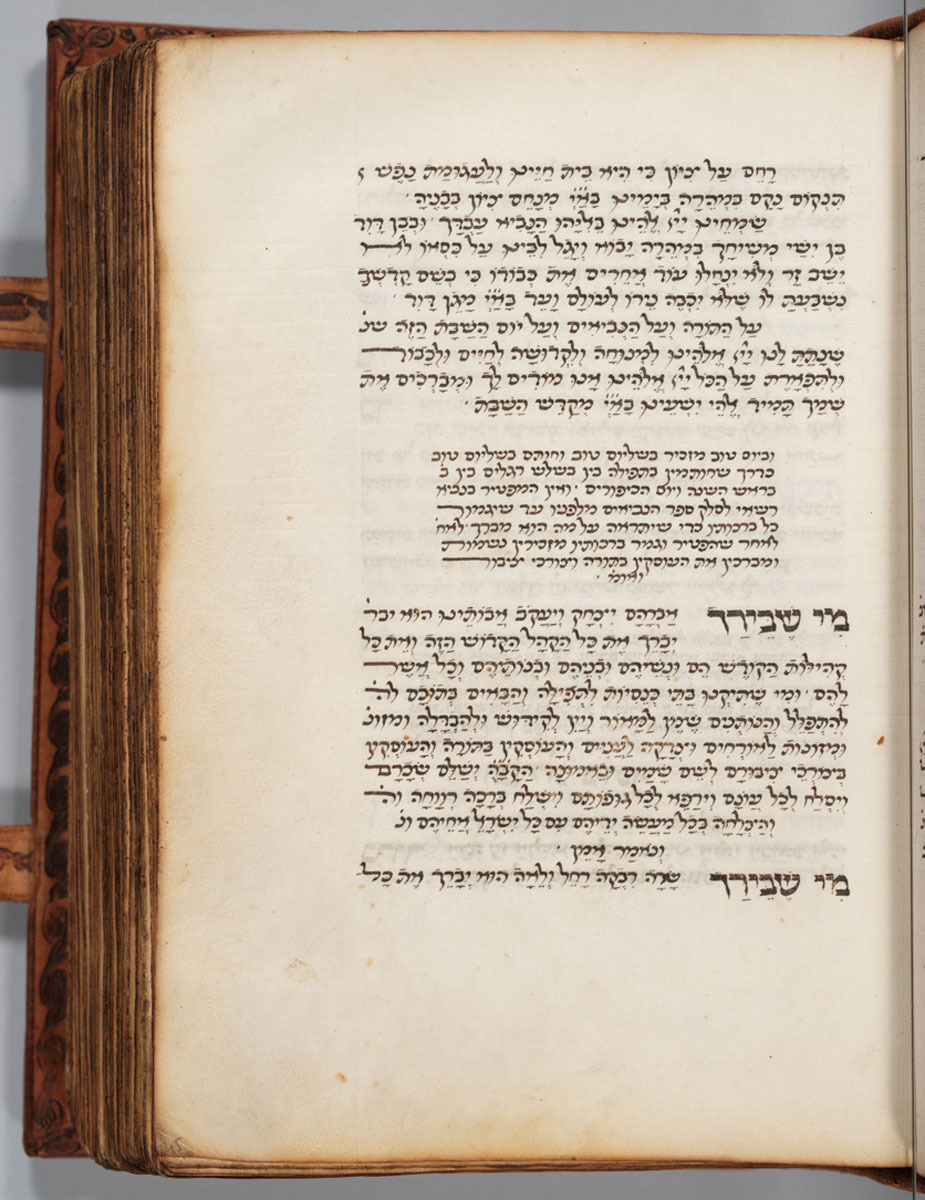 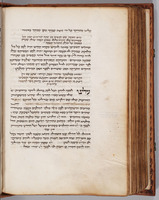 This 15th century Italian prayer book is according to the Roman rite, which dates back late antiquity. The Jewish communities of Rome and a few other Italian communities preserved this rite, and notable differences exist between the Roman rite and the more widespread Ashkenazic and Sephardic rites.

One interesting difference between the Roman rite and other liturgies is an additional prayer for women. Other liturgies contain a general prayer, praising those who work on behalf of the community, which is traditionally recited after reading the Torah on the Sabbath. This prayer book, however, contains an additional prayer for women, praising those who sew textiles and prepare candles “for the glory of the Torah.”  The prayer beseeches God to “return favor and reward to these righteous women."

Another page in the prayer book shows the effects of censors on Hebrew books. A line from the commonly censored prayer ‘Alenu le-shabe'aḥ is scratched out completely, possibly by a member of the Jewish community who hoped this manuscript would escape the censor’s pen. However, the contentious line was later rewritten in a different hand, perhaps once the threat of censorship was no longer prevalent.