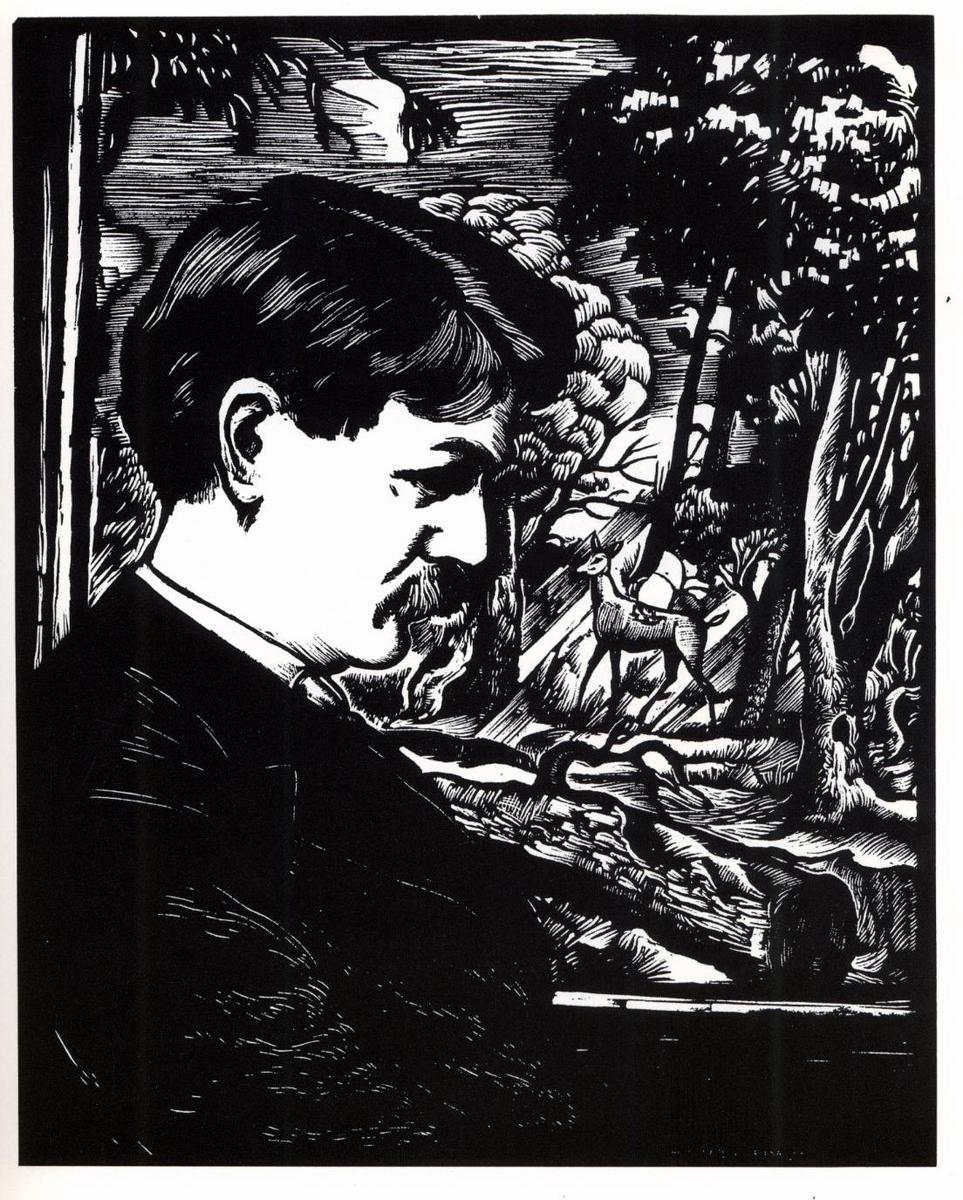 The background to this portrait suggests the woods surrounding Peterborough, New Hampshire, where in 1905 Marian Nevins MacDowell bought the house and acreage that was to become the famed MacDowell Colony. It was here that Mrs. MacDowell devoted the remaining 50 years of her life to realizing another of MacDowell's dreams: the bringing together of artists of different fields to work in solitary, and also to meet in an exchange of ideas.

Music at the Colony and music at Columbia might be said to be counterparts in MacDowell's broad and humanistic scheme of the musician's training: in part the acquisition of skills, but also a wealth of experience and artistic exchange to open the imagination and quicken the creative spirit.

MacDowell's legacy at Columbia survives in another way. On October 27, 1929, the University's Committee on Honors proposed "that certain Professorships now existing in the University be named in honor of distinguished servants of the University who have not already been commemorated." The Trustees thereupon established "The MacDowell Professorship of Music, in memory of Edward A. MacDowell, Mus. Doc., Professor of Music 1896-1904." This unendowed professorship has been awarded five times: