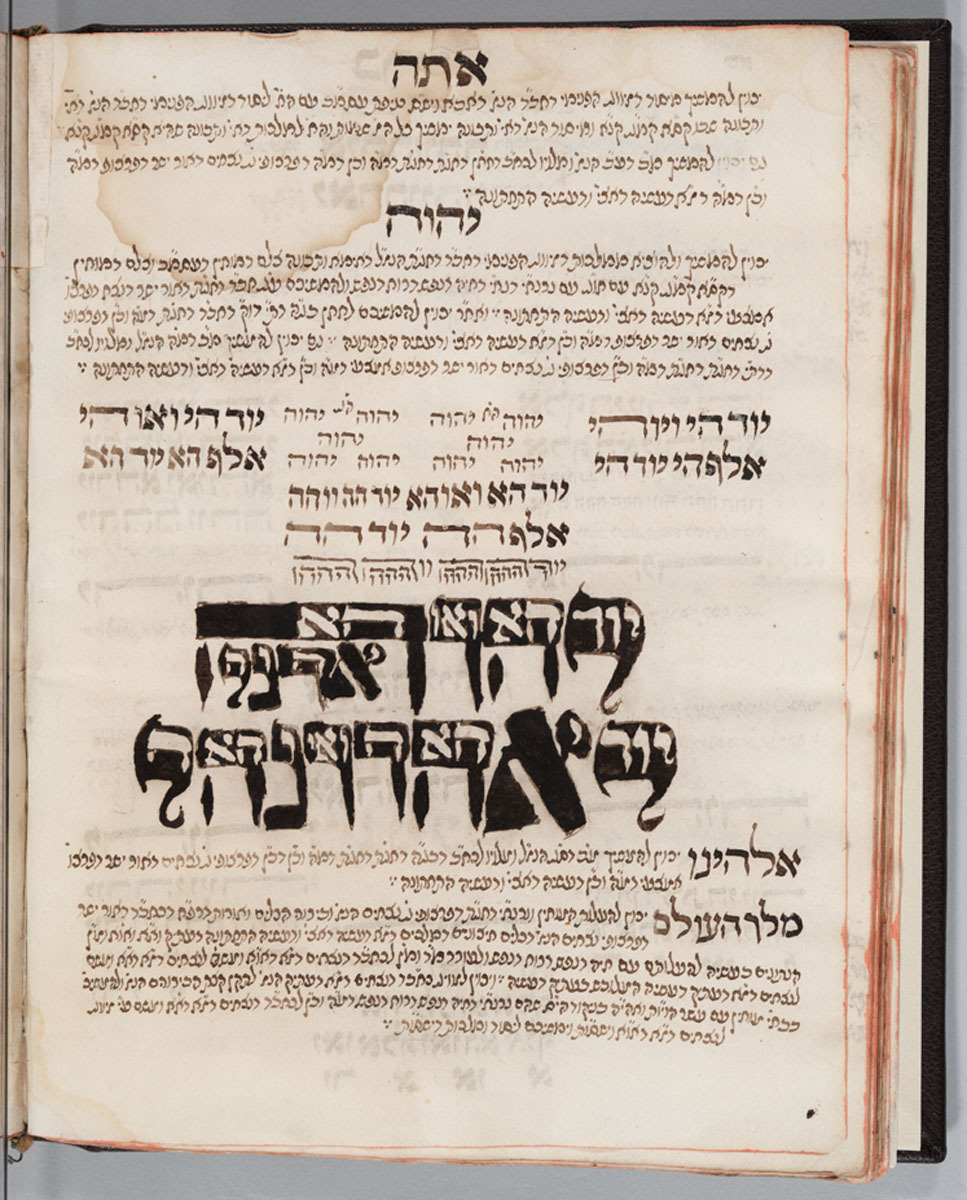 Rabbi Shalom Sharabi, also known as the RaSHaSH, was a well-known Yemenite kabbalist who was known for his great piety as well as for miracles that he performed.  His prayer book, called Nehar Shalom, but known more simply as the Sidur RaSHaSH, included mystical meditations based on Lurianic Kabbalah.  This prayer book became the standard one for kabbalists.

The page shown here depicts the Tetragrammaton (the four-letter ineffable name of God) in white letters upon black ink.