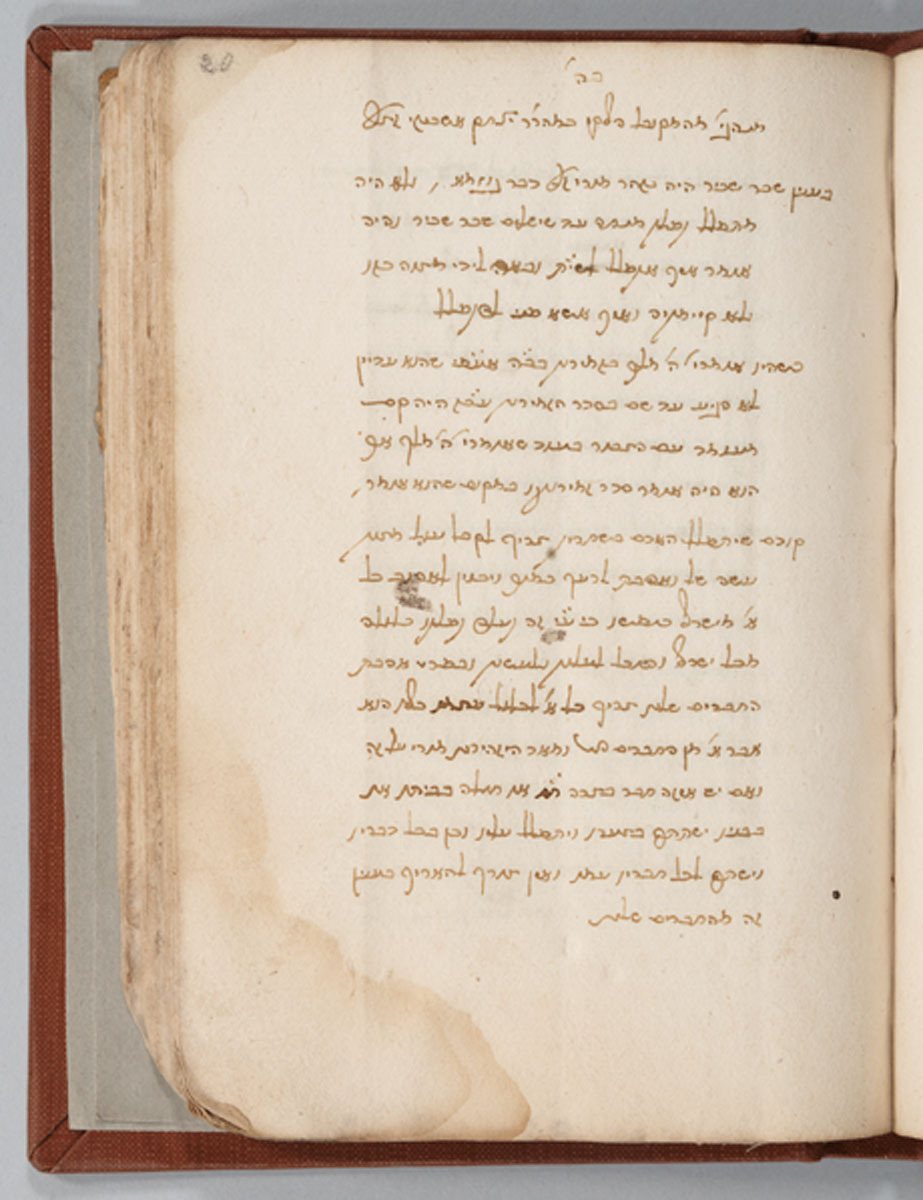 The scribe of this manuscript describes himself as a student of "Yitsḥak Ashkenazi."  Yitsḥak Ashkenazi was the name used by contemporaries in Safed for Isaac ben Solomon Luria, also known as the "Ari," founder of the most influential stream of kabbalah in the early modern period.

Purchased on the Alexander Cotheal fund, 1896.