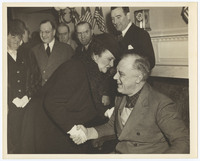 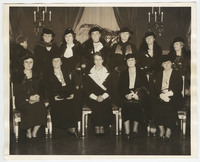 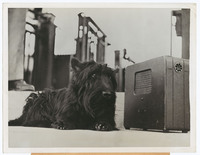 When Roosevelt accepted the Democratic nomination for president in 1932, he promised a “new deal for the American people.” His inauguration came in the midst of the deepest economic crisis most Americans could remember, and Roosevelt promised to act quickly, reassuring listeners that “the only thing we have to fear is fear itself.”

When Roosevelt announced that Perkins would be his Secretary of Labor, it caused William Green, the head of the country’s most powerful union, the American Federation of Labor, to announce he could “never become reconciled to the selection” because she was a woman, and worse, not a union member. Yet when Roosevelt died in office 12 years later, the only two cabinet members who had kept their posts for the duration of the administration were Perkins and Harold Ickes, Secretary of the Interior.

Before accepting her appointment, Perkins told Roosevelt that as Secretary she wanted to pursue programs including direct unemployment relief and insurance, public works, a ban on child labor, wage and hours laws, workmen’s compensation. Roosevelt agreed. His New Deal eventually created a collection of agencies and programs that forever altered the federal government and its relation to American society. As historian Alan Brinkley has summarized, the New Deal built the foundations of the federal welfare system, extended regulation over many new areas of the economy, facilitated the birth of the modern labor movement, made the government a major force in the agricultural economy, and expanded the federal government’s role in supervising and funding major public works projects across the nation, which contributed to the economic growth of regions that had been somewhat outside of the national economy. But it didn’t actually end the Great Depression, which only ended with the beginning of World War II.