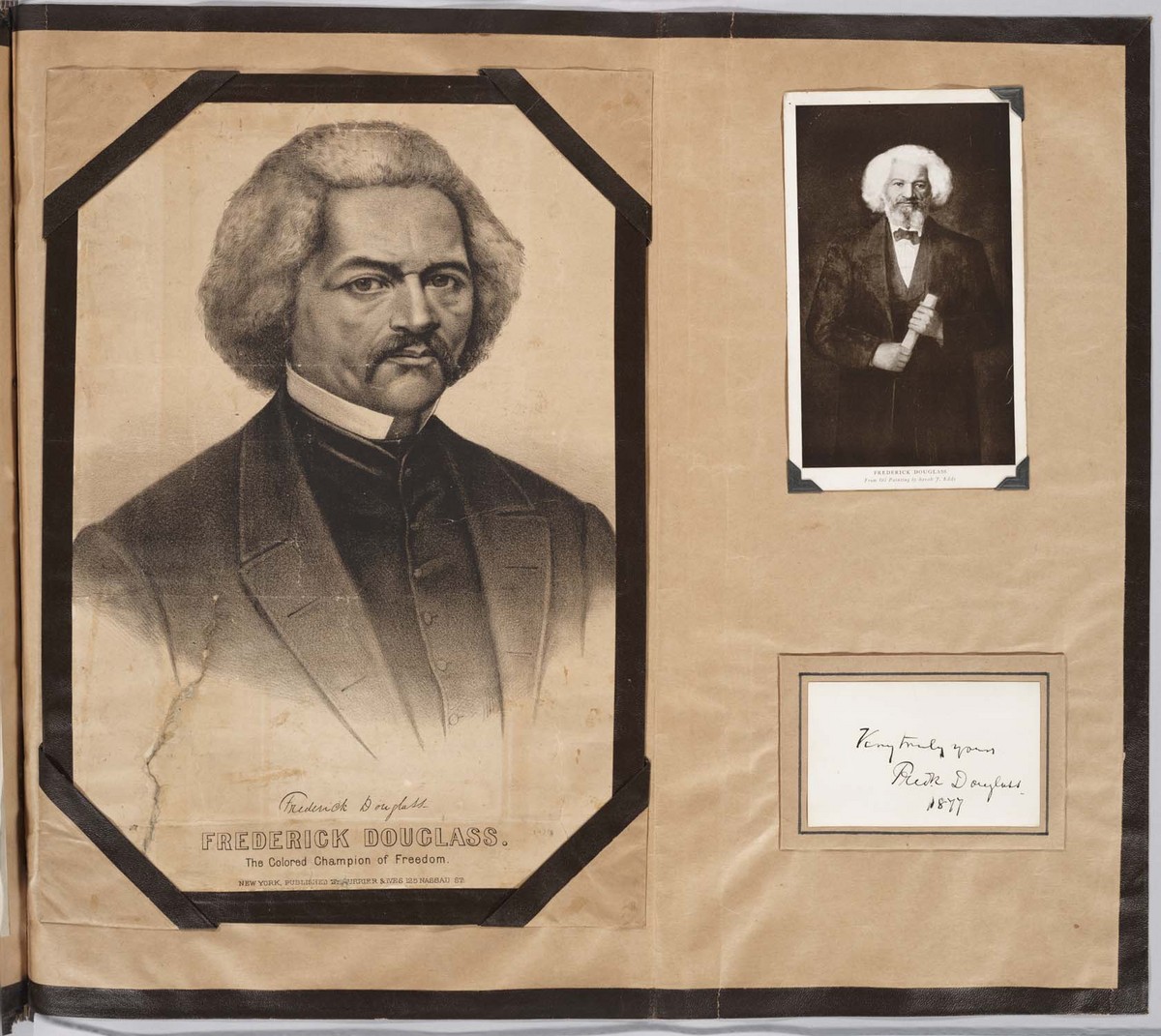 Though Gumby's main lasting historical contribution was to chronicle world events and lives during his own time, he understood this work as only one front in the project to uncover and preserve histories--especially those of Africans and their descendents--that he and contemporaries like Woodson, Rogers, and Schomburg felt had been neglected in the popular and scholarly imaginations. Like Schomburg, Gumby undertook this mission in part by collecting and preserving the rare books, manuscripts, works of art, and ephemera that comprised the documentary history of African and African-American achievement that he felt had gone largely unwritten.

As mentioned in the introductory section of this exhibit, Gumby eventually had to sell many of his more valuable historical items to fund hospital stays and other difficult financial situations. Yet Gumby nevertheless managed to preserve some of his rare items within the pages of his scrapbooks. Such pieces tellingly show how Gumby understood the contemporary times he documented to be a natural continuation of the "unwritten history"--to use his own term--of the past. These might come in the form of figures like Toussaint L'Ouverture or Frederick Douglass that could still be held up as heroic example, reminders that African Americans had long been present in public forums like the theater or boxing ring at a time when such roles were disputed by some white people, or the shared history of slavery and civil war that still colored the struggles of the twentieth century. It might also be a simple reminder that the space in which one lived and worked had an earlier incarnation that still left its mark on the present.

This section highlights some of Gumby's historical presentations, many of the themes of which will be echoed in the remainder of the exhibit.