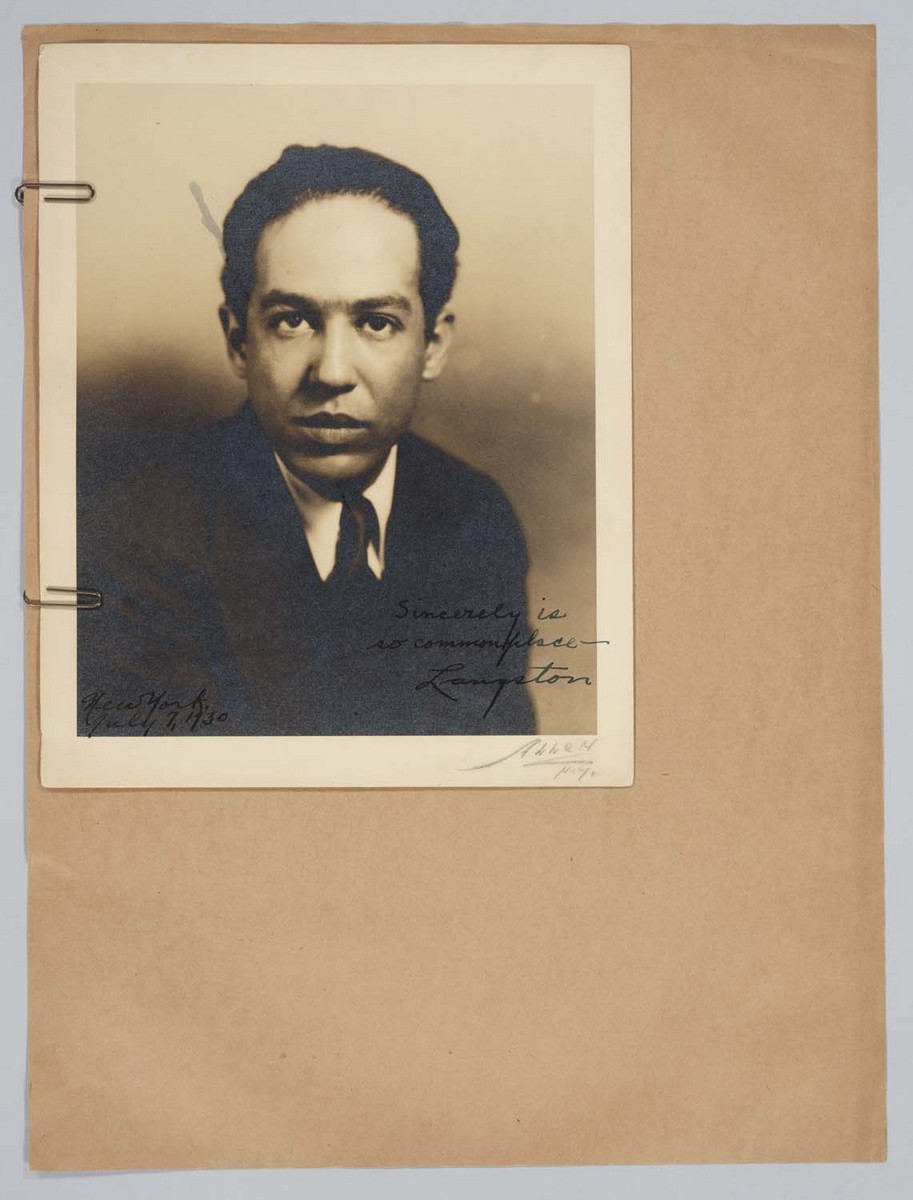 It can be said fairly that celebrity attracted Alexander Gumby. As his good friend Richard Bruce Nugent recalled, Gumby had a lifelong interest in the "collecting of artists," seeking out and befriending those people whose work he admired. Yet his interest in famous people was hardly limited to practitioners of the page, the stage, and the gallery. While artists are especially well-represented in Gumby’s scrapbooks, so too are athletes, activists, and scientists such as Jackie Robinson, Ralph Bunche, and George Washington Carver. And although it is also fair to say that Gumby’s focus on famous individuals to a large extent represented his personal interests, it is worth noting that this emphasis on biography also dovetailed nicely with his desire to demonstrate a record of positive African-American achievement in a general sense. For Gumby, the identification and celebration of many individual accomplishments amounted to a powerful statement about African Americans' collective past and potential. In the various people that Gumby followed, one might find both the evidence of African-American capability and a body of role models with which to inspire future generations.

Yet Gumby did not mistake an emphasis on African-American celebrity with an argument for understanding these figures as distinct from society as a whole. Indeed, his list of names worthy of commemoration was not strictly limited to those of black people: the actor Jimmy Stewart appears in this exhibit, while the collection as a whole sees scrapbooks or individual pages devoted to figures such as H.L. Mencken, Danny Kaye, and Frank Sinatra. As was always the case with Gumby’s collection, his choice of figures within the overall context of his collection implicitly suggested that race was no factor in determining worthiness of interest.