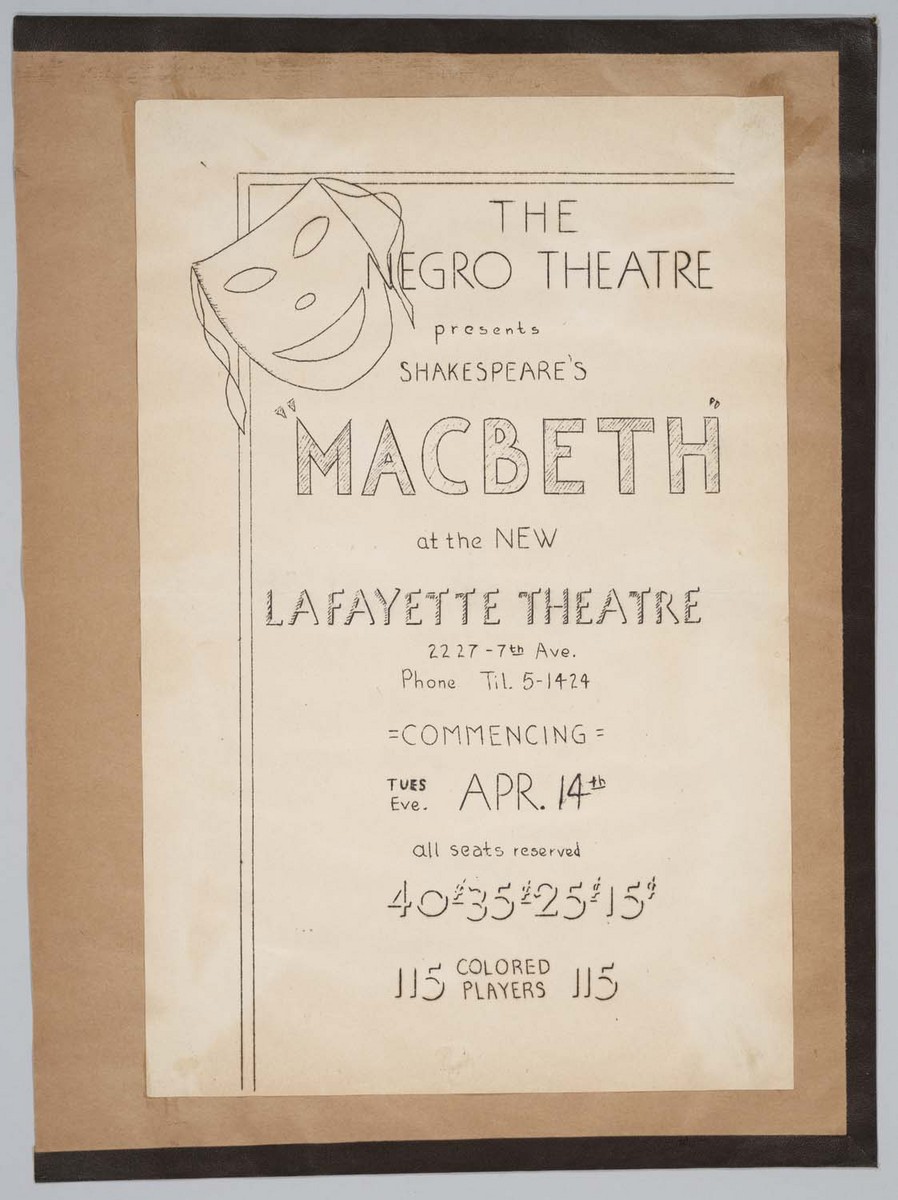 When describing late in life how he started making scrapbooks half a century earlier, Gumby noted that the first volume he made began with the aim of collecting "pictures and newspaper clippings" of a general interest and ended when items about the assassination of William McKinley "nearly filled" the entire book. This proved to be only the first of many unique events that Gumby would chronicle over the years. Some of his subjects--like the second Joe Louis-Max Schmeling prizefight--gained a similar sort of universal contemporary attention as did the presidential death. Others were less widely-known as they occurred but over time have grown in the collective American memory, such as the production of Macbeth that Orson Welles directed for the Federal Theatre Project. Still others are unimportant in most historical terms and have been entirely forgotten but for Gumby’s efforts; this is undoubtedly the case with happenings like a 1909 party thrown by the actors Leigh and Lil Whipper and memorialized with an invitation that Gumby saved.

Gumby’s curatorial decisions regarding what events to memorialize were undoubtedly eclectic, and he was clearly influenced by his own personal circumstance--particularly his residence in New York. For these reasons, the examples of events memorialized by Gumby that appear in this section have been presented in chronological order rather than grouped in any thematic way. Yet the varying degrees of intrinsic significance and widely ranging thematic areas represented by the events that Gumby preserved should not confuse the fact that in each case Gumby had a reason for documenting the event. In some cases, this reason may have been idiosyncratically personal; in others, it represented his belief that the event was inherently important; in others, it stemmed from a desire to provide a concrete instance of an ongoing process. Collectively, the events that Gumby preserved represent the social analog to the personal story told by his many biographical volumes; it is the collective remembrance of these many individual moments that comprises the "history" of a group of people, just as it is the collective body of individuals that comprise that group.