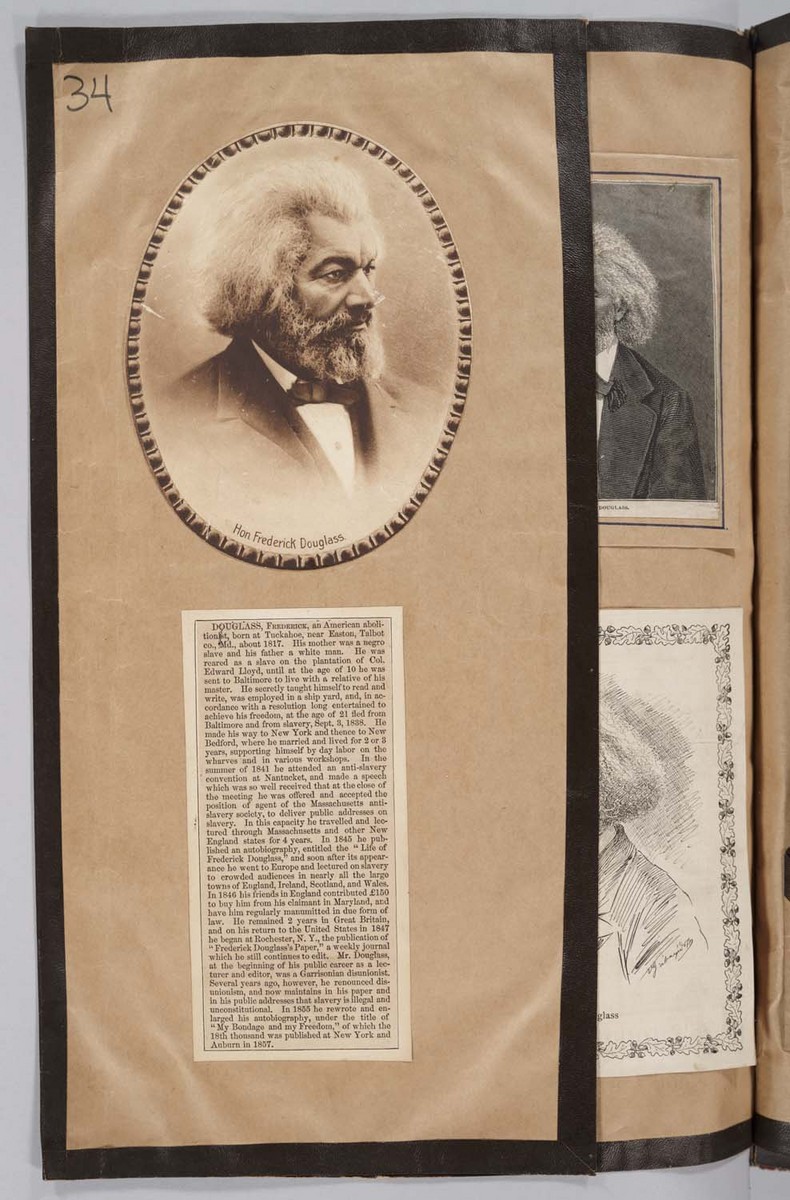 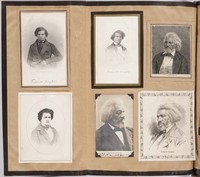 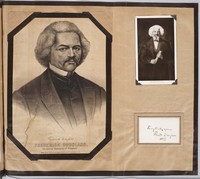 As Gumby's People makes clear, Gumby took a particular interest in documenting celebrity and individual exception amongst his contemporaries. But he also tried to piece together materials that would showcase a longer legacy of black people's individual accomplishment as a source of inspiration to the future.

No one appears more centrally in such a role than Frederick Douglass, one of the few exclusively nineteenth-century subjects to which Gumby devoted an entire volume. In keeping with Gumby's penchant for collage, these two pages (each of which featured a foldout flap that increased the spread's total display area) showcase the many images of Douglass--some contemporary to Douglass, some to Gumby--that he collected over the years. The variety in these images is two-fold: they demonstrate both Douglass's own aging as well as the many ways that others chose to depict him over time. Perhaps to suggest the varied ways in which to look at a life such as Douglass's--or possibly simply to further the scrapbook's pedagogical mission to educate later generations--Gumby also clipped and included several modern biographical treatments of Douglass. In addition to images contemporary to Douglass's own life, Gumby included a card that Douglass signed in 1877, a collectible that serves to deepen the feeling of accessibility to the past which such tableaux encourage.