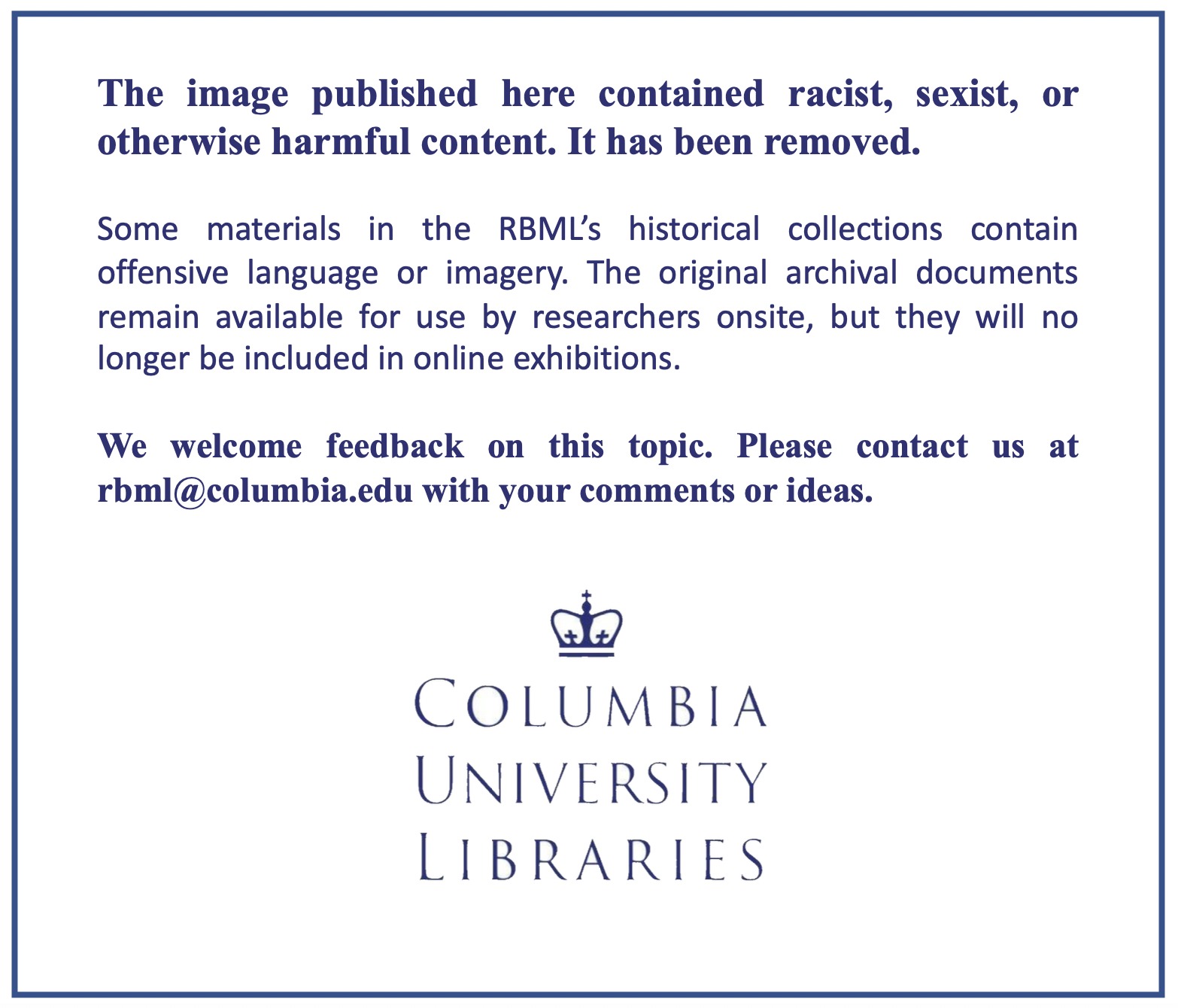 While Gumby sometimes used the juxtaposition of old and new items on a single page to emphasize connections between past and present, he more frequently suggested historical continuity in a more linear fashion, organizing scrapbooks whose items were thematically-linked and appear in roughly chronological order. For example, this playbill for an 1847 minstrel show apparently given by the Ethiopian Serenaders appears near the beginning of Gumby's scrapbook documenting the history of "Negro Entertainers." (A later page from the same volume appears elsewhere in this exhibit, illustrating the provocative nature of such comparisons.) "Buffalo Gals" refers to a popular song of that name from the mid-1840s minstrel circuit, the lyrics of which encouraged the women in the audience to "come out tonight" and "dance by the light of the moon."