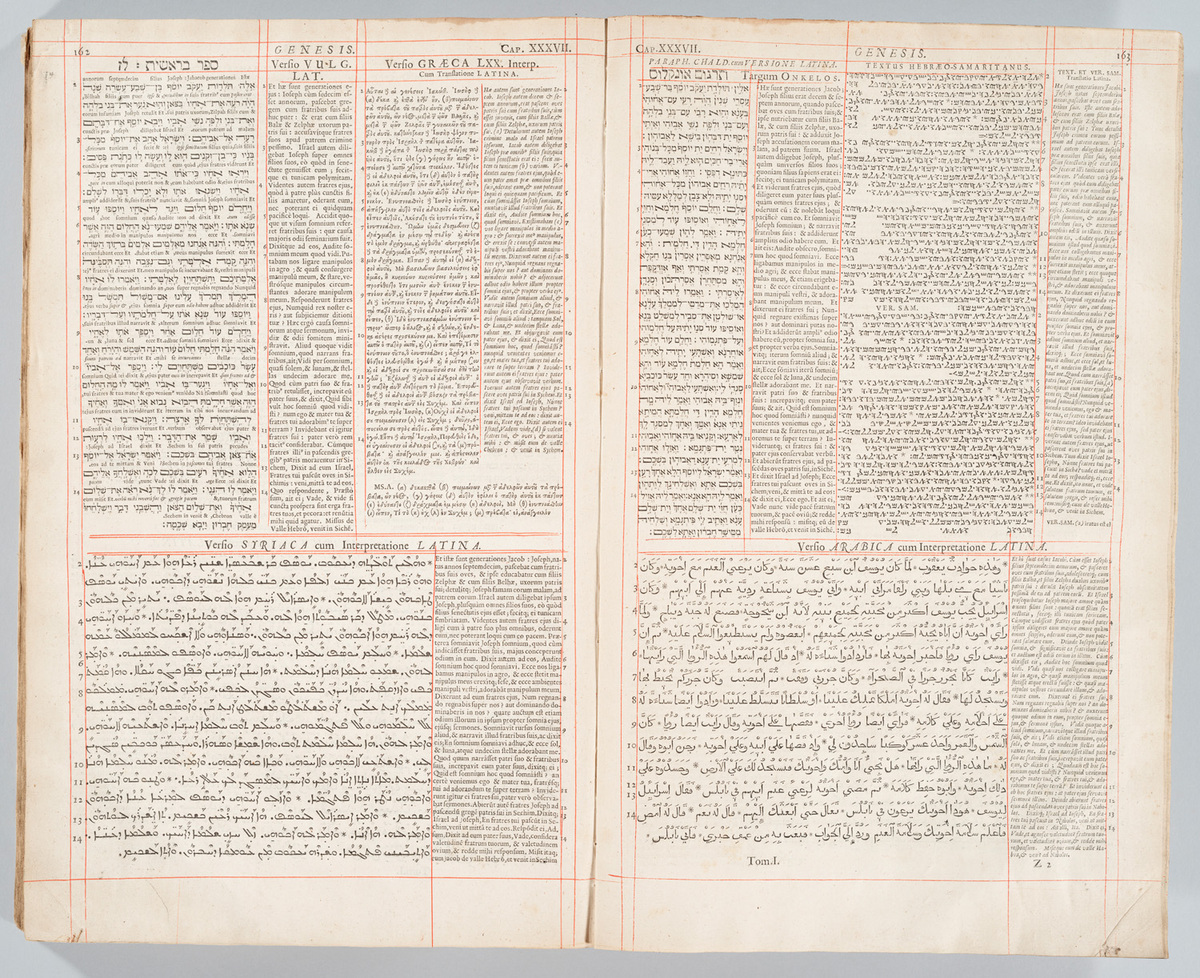 Humanist research on classical Latin and Greek was accompanied by the emergence of sacred philology among Christian theologians who became interested in Oriental languages in order to understand the origins of Christianity and to recover the intended meaning of the Bible.  Throughout the sixteenth century theologians struggled, with scarce resources at hand, to acquire some Arabic in the hope that the knowledge of Arabic, as a sister of Hebrew, would help with the elucidation of textual cruxes in the Hebrew Bible.  By the beginning of the seventeenth century, the state of Hebrew and Arabic learning had significantly improved, and scholars had recognized that a good grasp of Arabic did not directly advance the study of the Hebrew Bible.  But amidst the violence and bloodshed of the Reformation and the Counter Reformation, both Catholics and Protestants were turning towards the Eastern Churches in the Ottoman Empire as the guardians of documents of the early church, as well as potential allies for their causes.  Research on the earliest history of Christianity confronted Catholics and Protestants with the political reality of Jewish, Christian, and Muslims communities in the Ottoman Empire, since their quest for Oriental antiquities in general and books in particular depended on the help of speakers of Arabic and Turkish in Constantinople, the Levant, and Egypt.  Moreover, Britain, France, and the Netherlands were sending diplomatic missions to the courts of Muslim rulers, where their success depended on the sound command of Persian and Turkish as the administrative languages of the Ottoman, Safavid, and Mughal empires.  In the eighteenth century, Hebrew, Greek, and Latin had become the primary languages of Christian theology at European universities.  At the same time, France, Austria, and Britain were establishing practical training programs in Persian, Turkish, and Arabic for their diplomatic translators.

The seventeenth-century rise of Oriental Studies is illustrated by the London Polyglot Bible.  Brian Walton (1600-1661), a minister and bible scholar, organized the complex project between 1652 and 1657.  Its completion within such a short timespan and despite the English Civil War reflects the high standards of Oriental learning at Oxford and Cambridge.  Walton retained the services of renowned scholars such as Edward Pococke (1604-1691), Thomas Greaves (1611-1676), and Edmund Castell (1606-1685).  Colleges at both universities provided financial support, and the printing was successfully financed by subscription.

The London Polyglot Bible continued the tradition of Origin's Hexapla, which in the first half of the third century CE had allowed for the immediate comparison between six different Greek and Hebrew versions of the Bible.  The first early-modern polyglot Bible was published 1522 in Alcalá.  The next polyglot Bibles appeared 1572 in Antwerp, 1596 in Hamburg, and 1645 in Paris.  When Walton embarked on this project, he was aware of the poor sales of the extremely expensive Paris Polyglot Bible.

In the "Prolegomenon," Walton summarized the available knowledge of Oriental languages, and chapter XIV was dedicated to Arabic and the Quran.  Even though the Bible was not any longer associated with a single language, Arabic was known as the language of the Quran.  It is ironic that the printed London Polyglot provided an Arabic version of the Bible in print, while English readers continued to depend on manuscripts if they wanted to read the Quran in Arabic.  In the second half of the seventeenth century the English adaptation of du Ryer's French Quran translation was the most affordable printed Quran on the British Isles.

The double page shows the beginning of the story of Joseph (Gen. 37-50).  The red rules were drawn by hand, and their use allowed for a page design that recalled the layout of the King James Bible as first published in 1611.  The number of languages changes from book to book; Genesis is presented in seven different versions: Hebrew Bible, Latin Vulgate, Greek Septuaginta (LXX), Chaldaean paraphrase, and Samaritan Bible, as well as Syriac and Arabic versions.  The seven versions are arranged from left to right across the two pages, from the page's upper half (Hebrew, Latin, Greek, Chaldaean, Samaritan) to its lower half (Syriac, Arabic).  With the exception of the Latin Vulgate, each version is accompanied by a translation; for the Hebrew Bible the interlinear Latin translation is placed above the Hebrew text.  In each version the verses are clearly numbered to facilitate comparison.