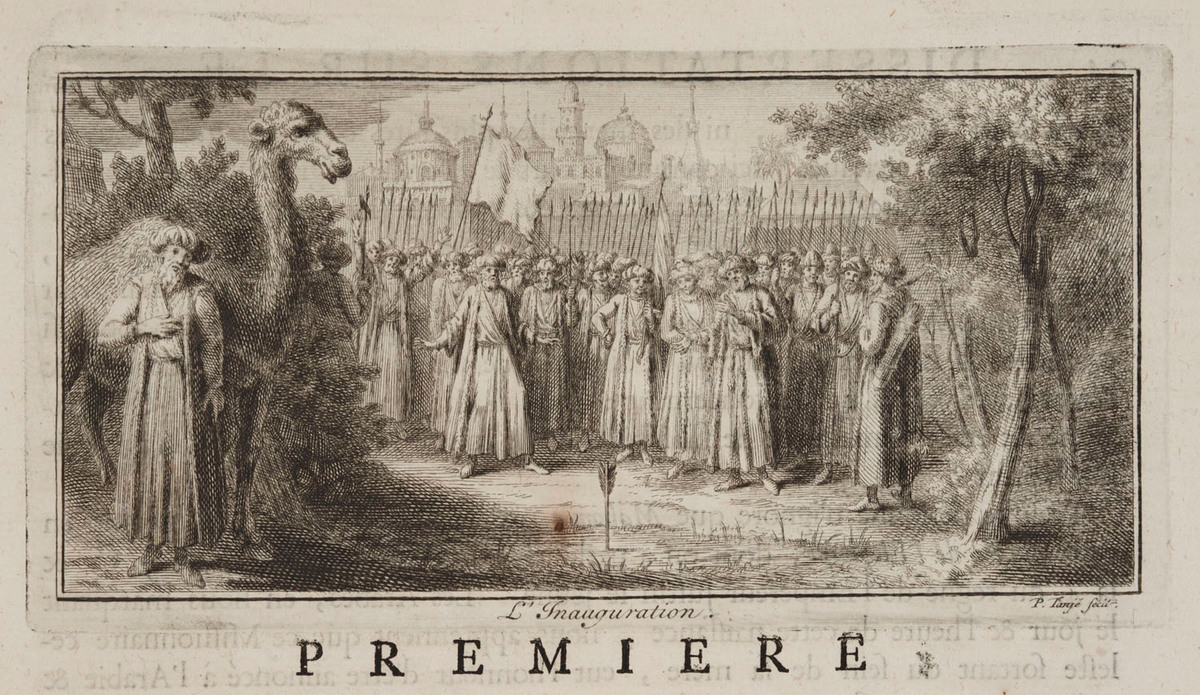 At the beginning of the eighteenth century Bernard Picart (1673-1733) was one of the renowned French engravers with a mainstay in book illustration.  In 1709 he left France, and from 1711 onwards he lived in Amsterdam, one of the continental centers of book production.  In the Netherlands, Picart became a Protestant.  During the last decades of his life, Picart collaborated with the Calvinist publisher Jean-Frédéric Bernard (1683?-1744) on a comprehensive survey of all known religions: Cérémonies et coutumes religieuses de tous les peuples du monde.  Traditionally the work is perceived as the first Enlightenment encyclopedia of world religions.  The bibliographic evidence indicates, though, that the work was planned as an expensively illustrated reprint edition of a wide range of texts about religions.  In other words, the work is a systematically arranged miscellany of previously published books, enhanced with new illustrations.  The publication was financed through subscription, and the prominent mention of the famous illustrator on the title pages of all volumes reflects the central importance of the lavish illustrations to the work's marketing.  Engravers who had been employed for a time in Picart's workshop in Amsterdam were later involved with publishing the work in two English and one German versions.  It is salient that the Dutch version remained incomplete.  A second French version, for which the accompanying texts had been brought into accordance with Roman-Catholic dogma, was published in Paris after Picart's death (7 vols., eds. Antoine Banier and Jean Baptiste le Mascrier, Paris, 1741).  But the textual differences between the two French versions are easy to miss.  The Paris version draws on the same plates as the Amsterdam version, as Picart's widow had sold her husband's plates to the publisher of the Paris version.

More than half of the Cérémonies et coutumes religieuses covers the history of Christianity.  The section on Judaism precedes the detailed treatment of Christianity in its regional customs and dogmatic differences.  But the section on Islam is assigned a middling position between Christianity and idolatry.  It is striking that at the beginning of the eighteenth century, Islam is no longer perceived as an exclusively Ottoman phenomenon, so that the section on Islam offers a glimpse of the diversity of Muslim societies, from India to the Balkans, from North Africa to Central Asia.

The section on Islam opens with a chapter about the Arabs before the advent of Islam.  The second chapter offers a short biography of the prophet Muḥammad, accompanied by a genealogical diagram of his lineage and a vignette of the founding moment of Islam.  But from this image, in contrast to the already discussed seventeenth-century image of the very same moment, all Christian allusions have been removed.  The scene is ahistorical because an event from seventh-century Arabia is staged against the backdrop of an eighteenth-century Islamic city with domes and minarets.  Muḥammad and his camel are separated from the group of men who seem to be discussing the Quranic prohibition (2:219 and 5:90) of a game of chance (maysir) that was played with arrows.