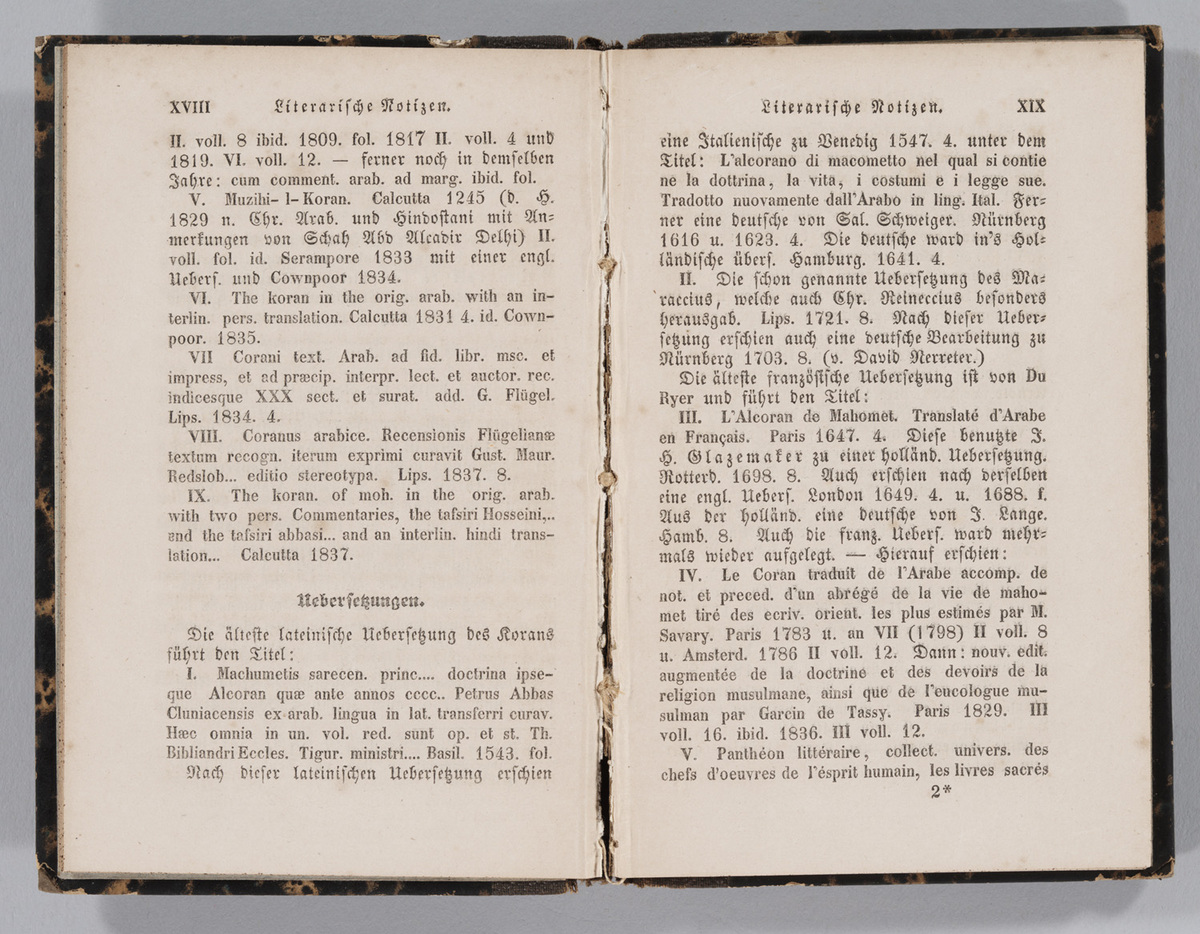 This small book marks an important turning point in the history of research on the emergence of Islam: Gustav Weil (1808-1889) was the first western historian of Islam to draw on references in the Quran to construct the life of Muḥammad.  He argued that the Quran did not narrate the historical events in chronological order because, unlike the Torah and the Gospel, it was compiled during the prophet’s lifetime.

Weil was born into a south-German Jewish family who had wished him to become a rabbi.  But he dropped out of the yeshiva in Metz to study philology and history in Heidelberg, and then moved to Paris to perfect his Arabic with Antoine Silvestre de Sacy (1758-1838), the most important Arabist of his time.  In 1830, Weil followed the French army to Algiers as the war correspondent of a German newspaper.  Afterwards he taught for several years French at a medical school in Cairo, while learning Persian and Ottoman Turkish.  Upon his return to Germany, in 1836, Weil successfully defended his dissertation in Tübingen and obtained his Habilitation in Heidelberg to qualify as a university lecturer.  But he worked as a university librarian and adjunct professor until 1861, when he was finally appointed to a full professorship in Heidelberg.

The book's introduction is opened to Weil’s discussion of printed versions of the Arabic Quran and Quran translations.  Some of the books mentioned are shown in this exhibition, such as the Arabic editions by Marracci and Flügel, Bibliander’s edition of Robert’s epitome, and the translations by du Ryer and Sale.