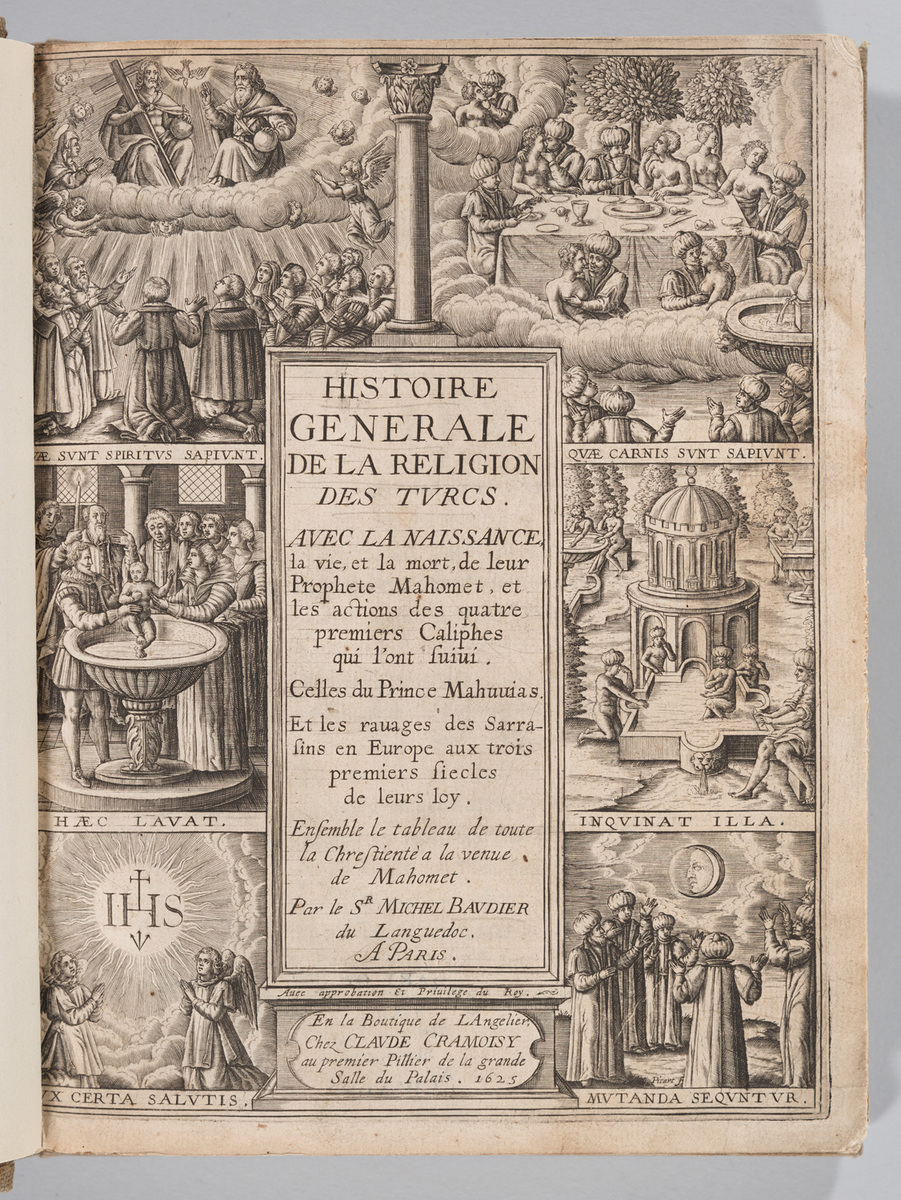 During the reign of Louis XIII (r. 1610-1643) Michel Baudier (1589?-1645) was a historiographer to the court of France.  He wrote several books about the Ottoman Empire, although there is no evidence that he ever traveled there.  These facts suggest that in early seventeenth-century France a man like Baudier had good access to secondary sources about the Ottomans.

The engraved title page is signed by Picart, probably to be identified with the French engraver Jean Picart (fl. 1620-1640).  It juxtaposes Christianity and Islam by drawing on the traditional representation of the crucifixion, as described in Luke 23:39-43: Christ is at the center, and the repenting criminal is to his right so that salvation is on the viewer’s left, but the unreformed criminal is to his left so that damnation is on the viewer’s right.  On the title page, Christianity is on the left and Islam on the right, and three aspects of the two religions are contrasted with each other: the nature of God; Original Sin, of which humans are cleansed through the sacrament of baptism; and afterlife.  Islam is seen through a Roman-Catholic lens, and this Christian perception of Islam strives to be factual.  The ritual washing before prayer (ghusl) is an important issue of Islamic theology, and the virgins of Paradise are repeatedly mentioned in the Quran (e.g., 44:54, 52:20).  The idea that Muslims would worship the moon may seem to a modern viewer completely nonsensical, but it is a logical inference if one compares the Christian uses of the cross on standards, buildings, and so on, with the Ottoman uses of the crescent. 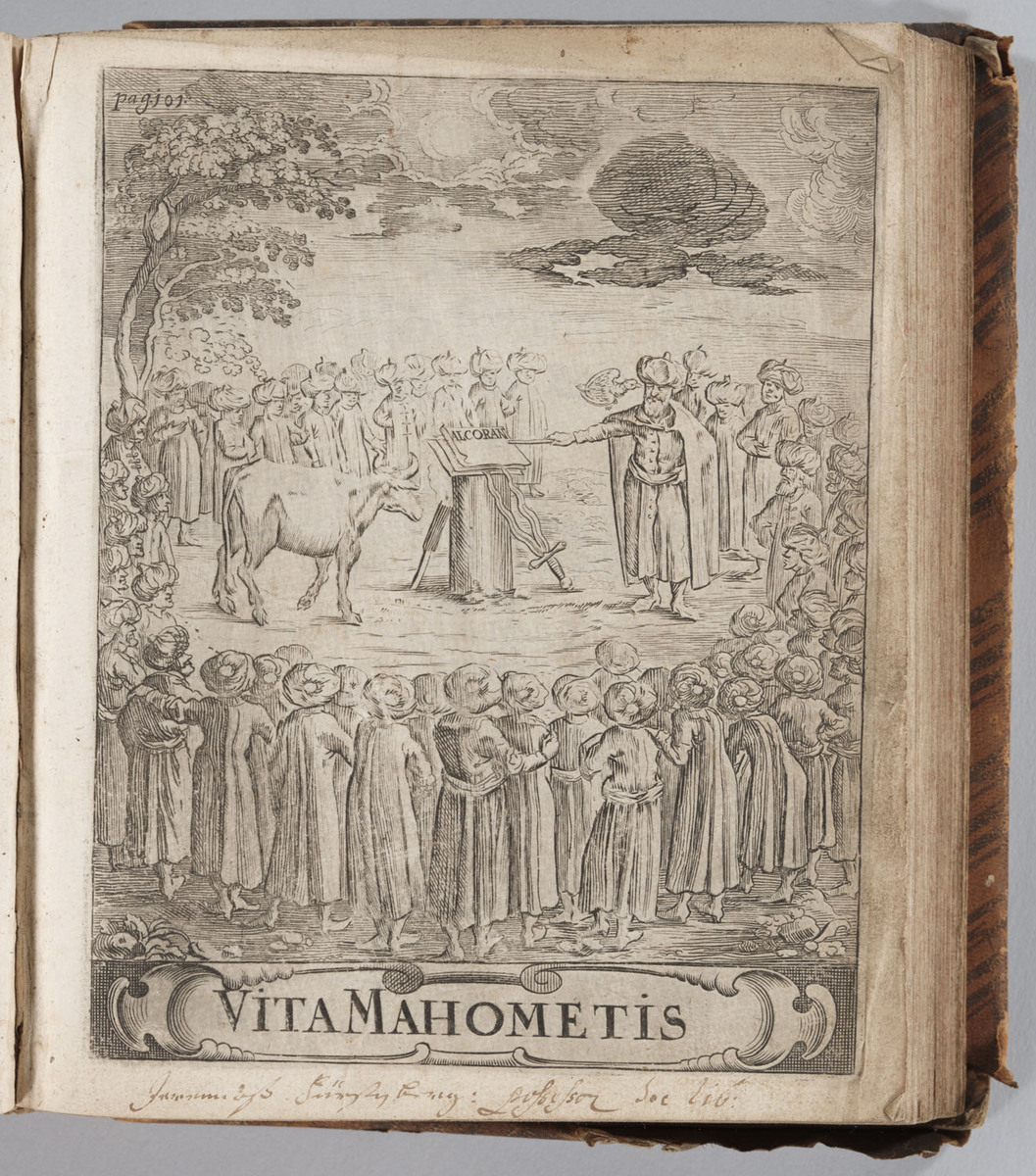 Johann Ulrich Wallich (1626-1673) was a jurist from Weimar, the capital of one of the Protestant Saxon duchies.  Between 1657 and 1658 Wallich accompanied the Swedish ambassador on a diplomatic mission to the High Porte in Istanbul, and wrote afterwards a comparison between the eastern and western Antichrist.  His book was published in Stade, an important port city near Hamburg in Lower Saxony, which had been under Swedish rule since the end of the Thirty Years’ War in 1648.  Like du Ryer, Wallich approached Islam as the state religion of the Ottoman Empire, but he added the Protestant twist of comparing the pope as the Antichrist of the West with Muḥammad as the Antichrist of the East.

The engraving that introduces the biography of Muḥammad illustrates the founding moment of the Muslim community.  The prophet stands amidst a crowd and is pointing at the open Quran, while a cow is looking on.  Against the lectern leans the two-pointed magical sword Dhū al-faqār, which, according to the Muslim tradition, Muḥammad found among the booty of the battle of Badr.  The presence of the cow is a literal reference to the name of the second sura (al-baqara "cow").  But the scene also recalls the worship of the Golden Calf, as described in Exodus 32, and is therefore drawing on the Old Testament to associate Islam with the fall from faith into idolatry.