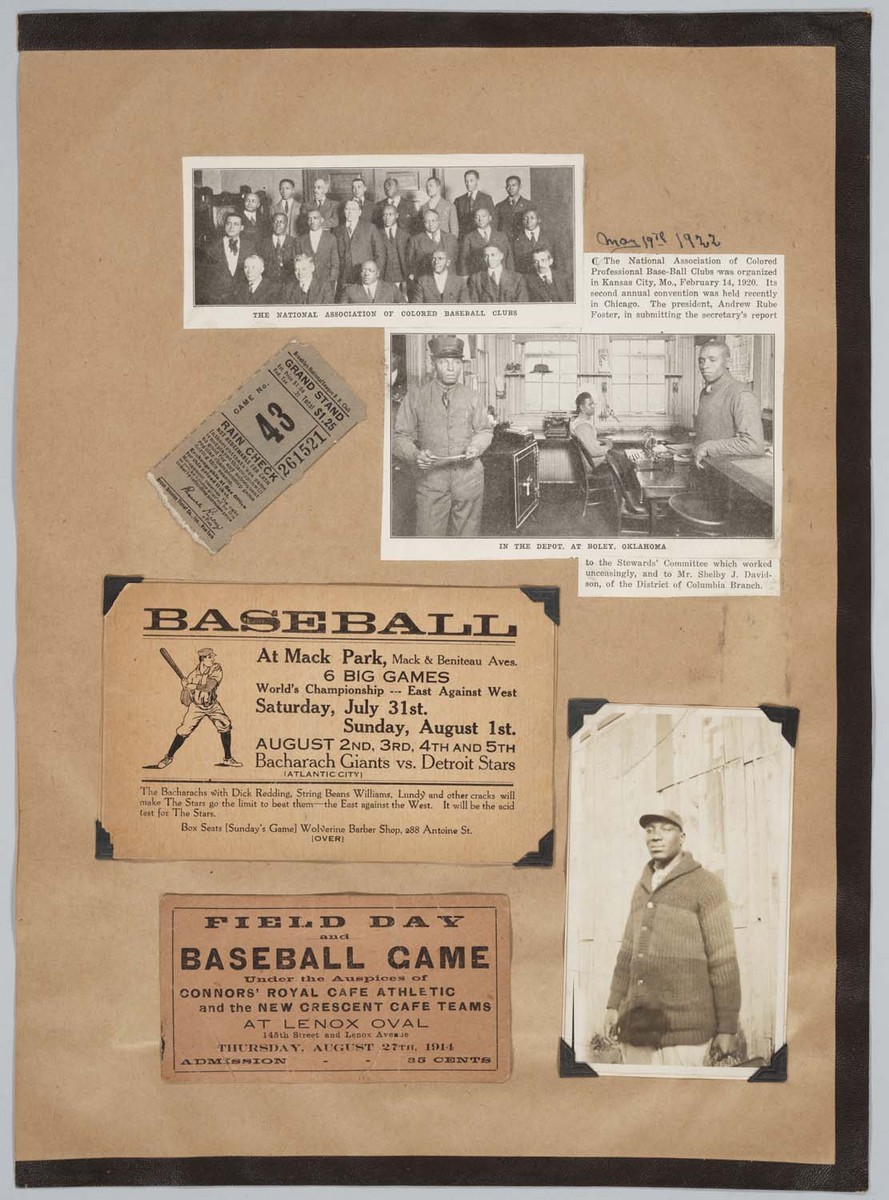 Gumby's interest in boxing has been noted several times in this exhibit (see: "Negro Fighters," for example); his volumes about the sport comprise one of the single largest groups of scrapbooks in the entire collection. In addition to Gumby's personal passion, this focus on boxing also reflects the fact that it was generally the most visible sport during much of his lifetime in which individual African-American athletes might gain widespread attention. For certain fighters, like Jack Johnson and Joe Louis, this individual prominence was so widely-felt that it even transformed their fights into symbols of African-American resistance to discrimination and oppression. In a similar manner, Gumby's volume on the Olympic Games features a large section on Jesse Owens and the other African-American athletes who competed in the 1936 Berlin Olympics.

Yet if individual athletes garnered such attention, they did so in a periodic way that was less culturally pervasive than the omnipresent institutional presence of the national pastime: baseball. While the second half of Gumby's coverage of "The Negro in Baseball" focuses on Jackie Robinson and his peers who became the first African Americans to play in the Major Leagues, his volume starts with many pages like this one that document the half century during which professional baseball was a segregated endeavor. Gumby's inclusion of both documents produced by and about the various Negro Leagues alongside newspaper reports that focused specifically on debates about the propriety of segregation in professional baseball encapsulates one of the tensions that runs throughout Gumby's scrapbook collection: the duality faced by many of his contemporary African Americans as being simultaneously a part of and apart from the United States.