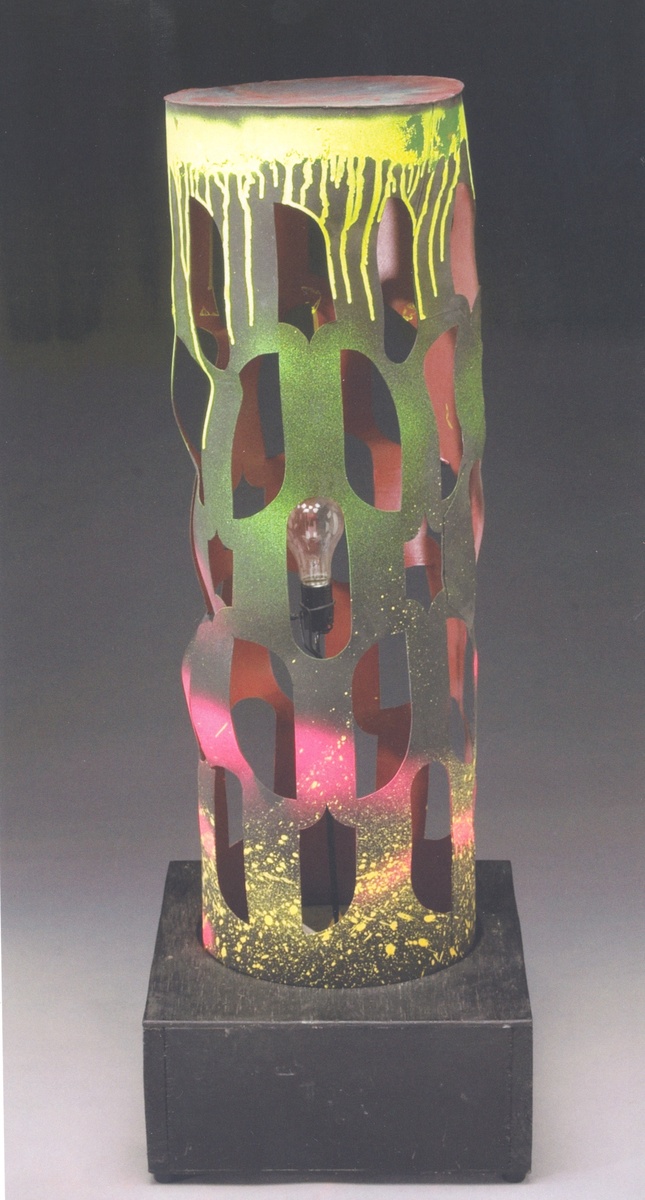 Columbia’s Dream Machine has a Burroughs provenance, and according to James Grauerholz, Burroughs's executor, painted by Burroughs himself.

The Dream Machine, 2009
Directed by Alan Govenar,
produced by Documentary 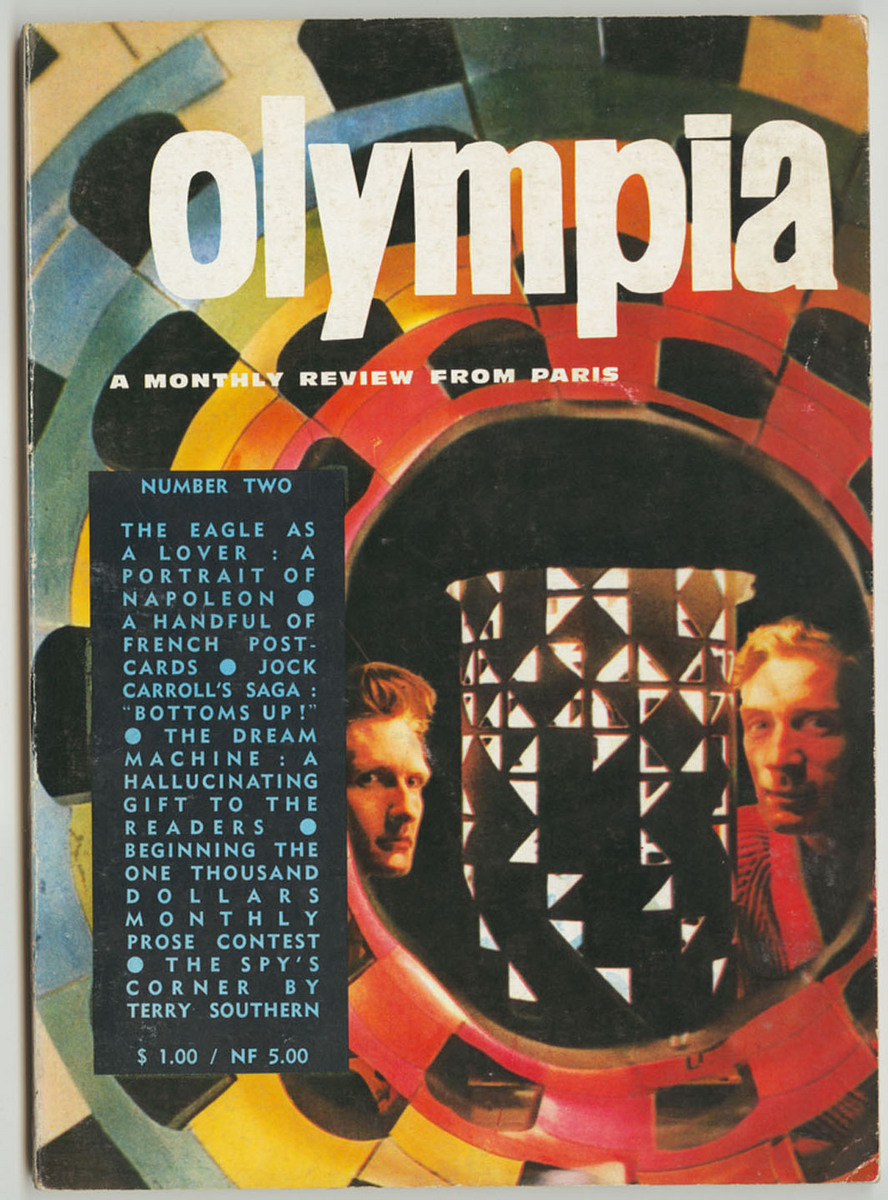 Olympia was edited and published by Olympia Press editor Maurice Girodias.  The cover for issue number 2 (January 1962) featured Ian Sommerville and Brion Gysin seated around a Dream Machine, and articles by them giving instructions on how to construct a Dream Machine of one’s own. 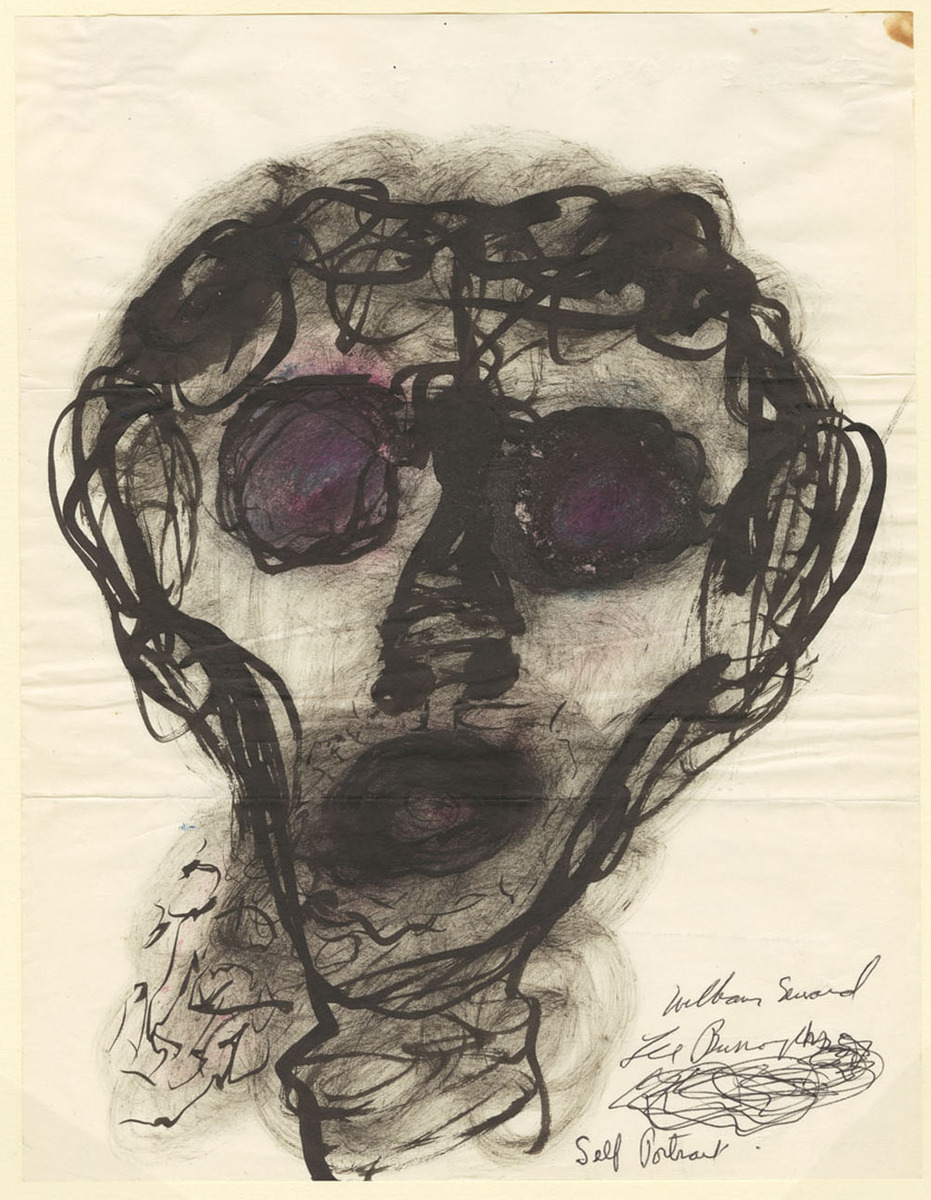 Burroughs’s skeletal self-portrait evokes the chaos and horror of addiction, as well as the existential anxiety of Edvard Munch’s The Scream (1893).  The precise date and circumstances of the work’s creation are not known, but it was likely drawn around the time of Naked Lunch’s composition.