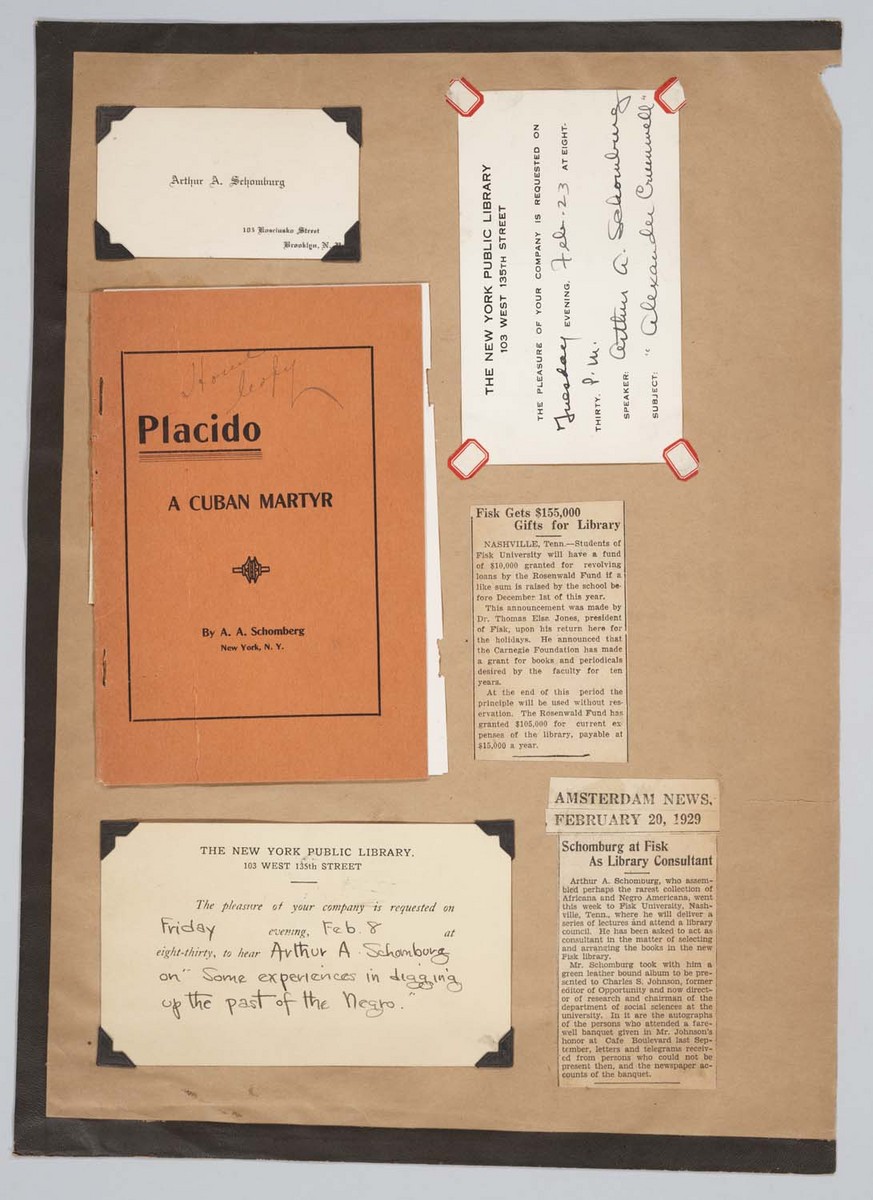 Born Arturo Alfonso Schomburg in Puerto Rico in 1874, the man who came to be known as Arthur Schomburg turned a longstanding personal interest in history and bibliography into a legacy that makes his name synonymous with African diaspora studies. Schomburg's interests in the history and culture of black people were inseparable from his political activism, which often involved advocacy against their oppression. Such issues included support for Puerto Rican and Cuban independence from Spain, and later, after his 1891 migration to New York City, labor organizing. Believing that black people faced subjugation and discrimination in part because of the mistaken belief that they lacked qualities associated with civilization, Schomburg set out to disavow such misperceptions by documenting African diasporic history and culture. As he explained in his most famous essay on the subject (which appeared as "The Negro Digs Up His Past" in Alain Locke’s seminal 1925 anthology, The New Negro), "The American Negro must remake his past in order to make his future." Best-known today for assembling the rare books, manuscripts, artwork, and ephemera that became the basis of the New York Public Library's present-day Schomburg Center for Research in Black Culture, Schomburg further contributed to this project by consulting with other institutions and individuals interested in collecting in similar areas, as well as publishing essays about African diaspora history and culture.

The page reproduced above illustrates many of Schomburg’s accomplishments as well as Gumby's keen awareness of a contemporary and acquaintance who shared many of his own interests. In addition to a memento like Schomburg’s calling card, Gumby included examples of Schomburg's scholarly writing, lecturing, and bibliographic consulting. Tucked into a pocket is Plácido: A Cuban Martyr, Schomburg's 1909 pamphlet-length biography of the poet Gabriel de la Concepción Valdez, while the two clippings relate to Schomburg's consulting work with the Fisk University library. Gumby also preserved announcements for lectures that Schomburg gave at the library that would eventually be named in his honor. One of these talks was on the topic of "some experiences in digging up the past of the Negro," echoing the theme of Schomburg’s most famous essay.