The End of the World > End and Demolition 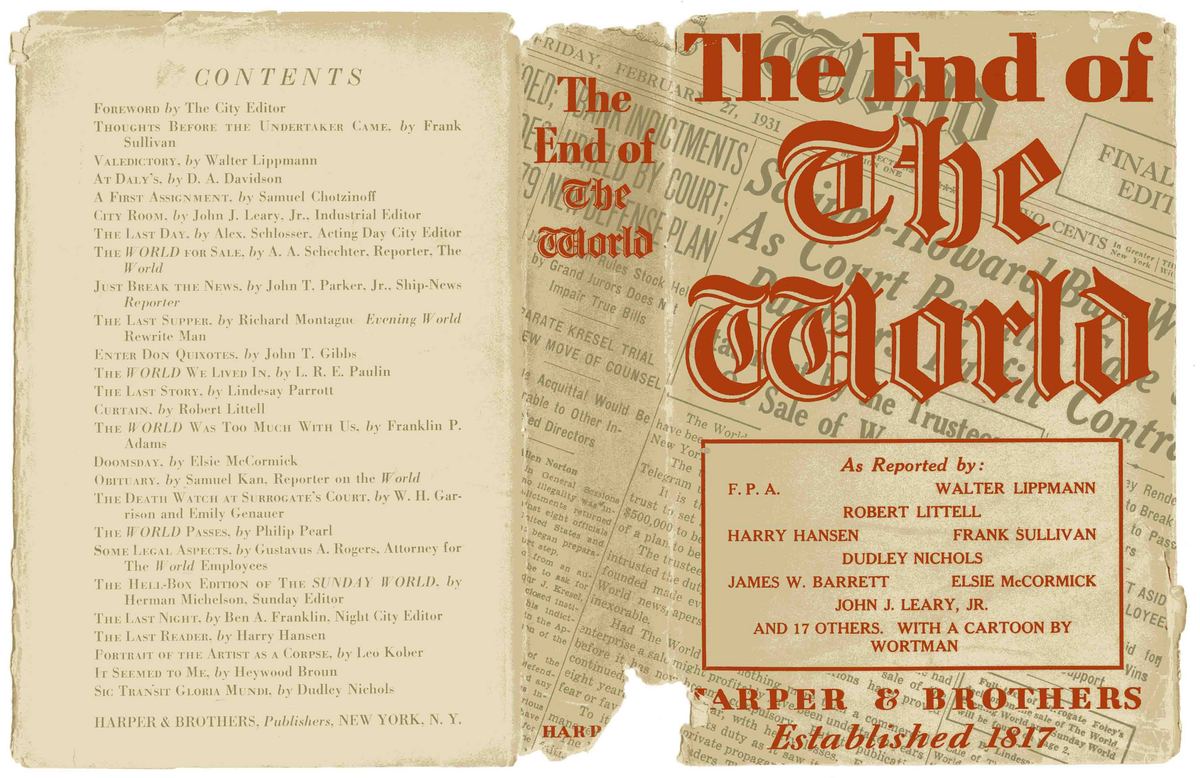 The End of The World: A Post-Mortem by Its Intangible Assets

On the morning of February 27, 1931, a group of the World’s editors and writers gathered around the city desk. They had taken a last-ditch effort to persuade the three Pulitzer brothers to sell the paper to the staff. Instead, the sons surrendered the World and Evening World to Scripps-Howard for $5 million, after obtaining a judge’s consent to break their father’s enjoinment that the paper never be sold. The resulting New York World-Telegram carried only the name of the paper. Joseph Pulitzer’s World was gone. 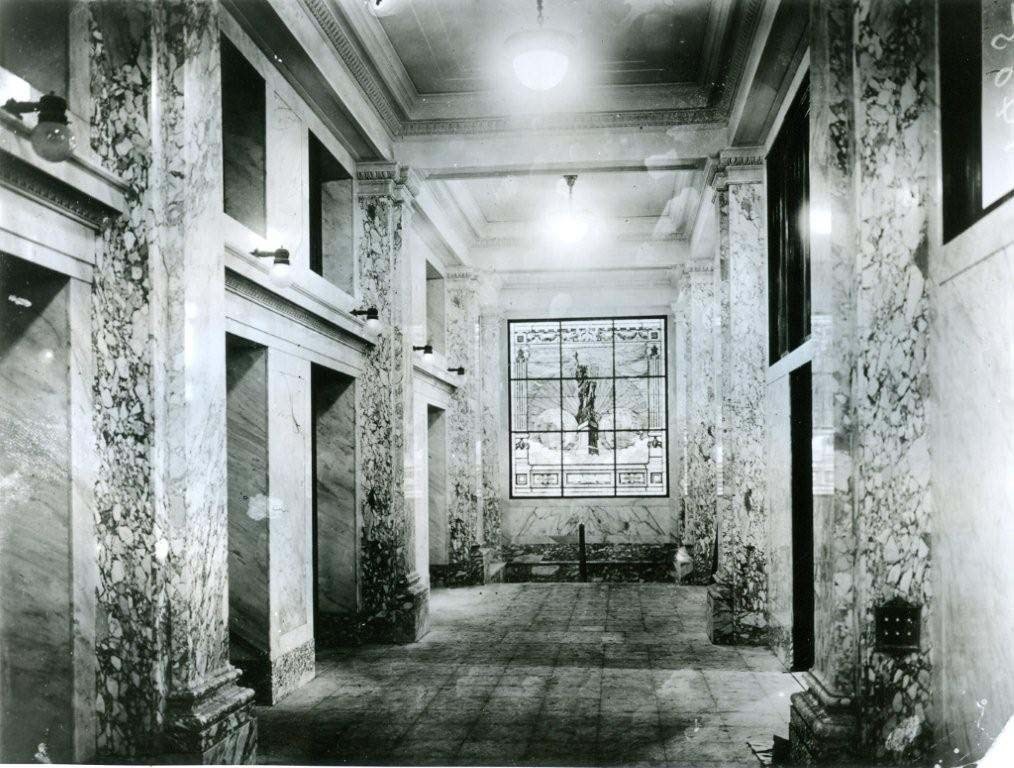 Photograph of the Interior of the World Building

This photograph shows the great stained glass window "Liberty Lighting the World" in place in the World Building before it was removed prior to demolition of the building. The window was given to Columbia and can be seen in the World Room of the School of Journalism, the room where the Pulitzer Prizes are announced each year. See the section "The Statue of Liberty," subsection "World Room Window." 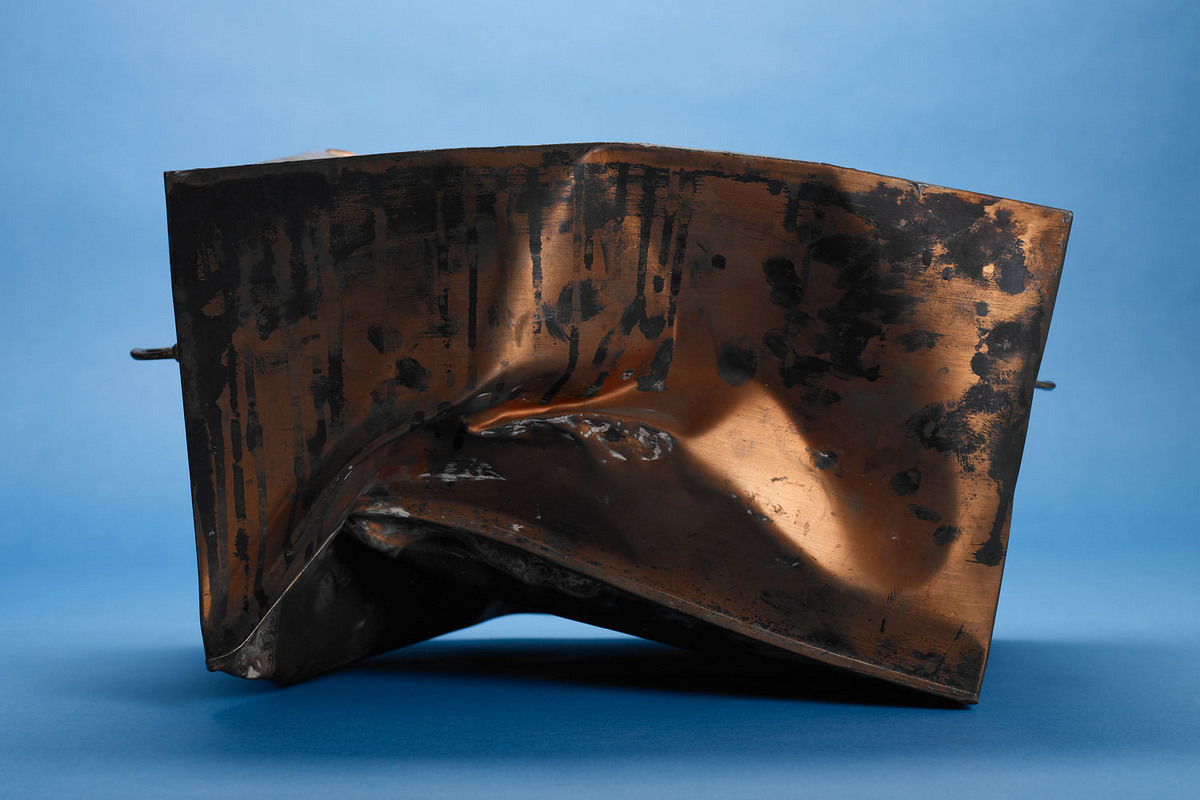 When the World Building was set for demolition in 1955, to give better access to another great New York City monument, the Brooklyn Bridge, the cornerstone box could not be found. But during the wrecking process, it was struck by machinery and rescued. Most but not all of its contents came to Columbia to be added to the World Papers. Missing from the group, according to The World, Its History & Its New Home, are: three gold coins, three silver coins, and the silver medal struck when the World circulation reached 250,000. 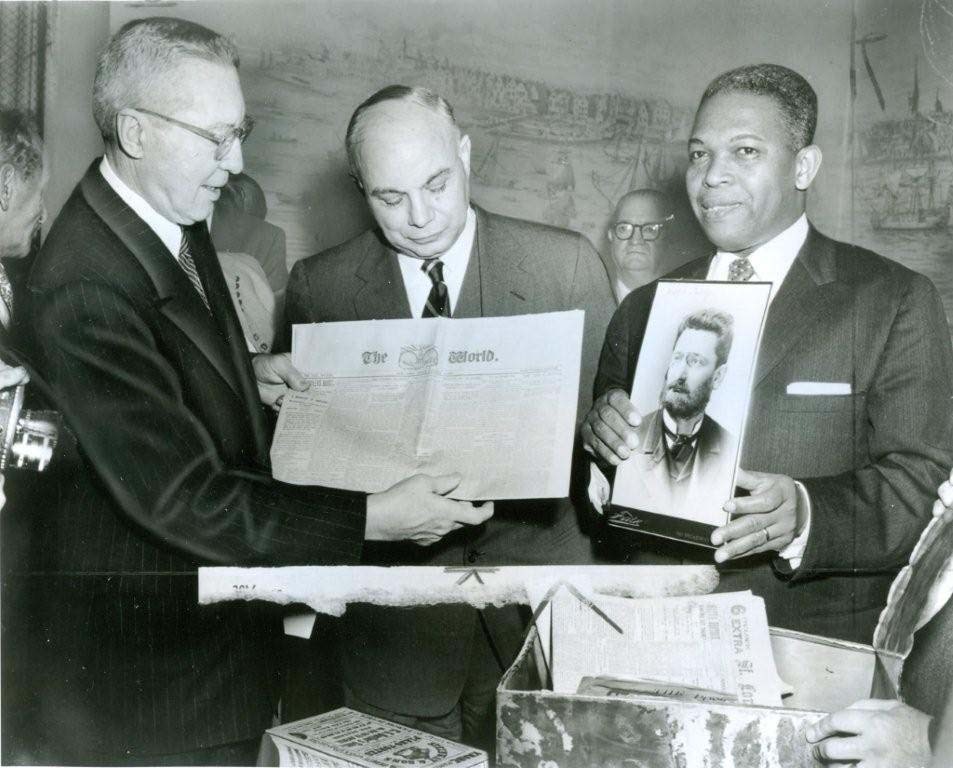 Photograph of the Opening of the Cornerstone Box

When the World Building was torn down in 1955, the copper cornerstone box was recovered and opened. Much of its contents are  shown in this exhibition, including the copy of Pulitzer's first edition of The World published on May 11, 1883, and his photograph, along with photographs of his entire family. See the sections entitled "Pulitzer Family," subsection "Family Photographs," "The Newspaper World," subsection "The World," and "World Building," Subsection, "Cornerstone Box."

Shown in this photograph are Carl W. Ackerman, on the left, then Dean of the School of Journalism, and Hulan E. Jack, on the right, who served as Manhattan Borough President from 1954 until 1961.