World editor William McMurtrie Speer, whom Pulitzer had detailed to work for William Jennings Bryan during the Democratic presidential campaign of 1904, was the first person to catch wind of the rumors that led to publication of the Panama Canal corruption story in the World in October 1908. He saved this presumably private drawing by World cartoonist Charles Raymond Macauley in his own papers, showing his boss, coat-tails flying, running from a demonic little Theodore Roosevelt carrying a big stick. Macauley is credited as being the first cartoonist to depict TR with his big stick. He received the Pulitzer Prize for his Brooklyn Daily Eagle cartoon “Paying for a Dead Horse” in 1930.

As the presidential campaign of 1908 came down to its final weeks, and Taft, Theodore Roosevelt’s successor, seemed sure to win over Bryan, the World broke a story that had been brewing for some time – reporting rumors that there had been corruption, involving among others Taft’s brother and brother-in-law, in the payment of $40 million by the U.S. government to purchase a French company’s holdings in Panama for the canal.

After Taft won the election, and TR’s presidency was coming to an end, Roosevelt sought a way to strike back at Pulitzer, his old adversary. Two grand juries were formed, one in Washington and one in New York. The result was indictments in both districts for publishing a libel, in Washington brought against Pulitzer, his company, and two editors, and in New York, brought against the Press Publishing Company, the corporation that published the World. 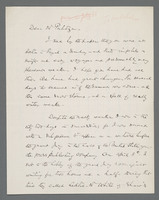 George Hosmer was called to testify before the New York grand jury in the Panama libel case and sent Pulitzer this report of his two-day ordeal. The grand jurymen were astounded to learn that, according to Hosmer, Pulitzer had only been in the World Building on two occasions during the previous eighteen years. (He would only be in his beautiful building three times before his death in 1911.)

This is a final proof of the editorial announcing the results of the first Roosevelt–Panama Canal libel case decision by Judge Hough of U.S. District Court in Manhattan, quashing the indictment for libel. Marked “OK – Cobb,” by editor Frank Cobb, it has the word “persecuted” underlined. Later editorials, following the US Supreme Court decision in Pulitzer’s favor, would use the word “prosecuted.” 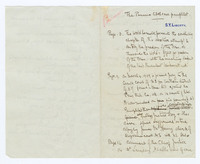 >Pulitzer dictated these notes regarding the text of the pamphlet that he published, following the unanimous opinion of the US Supreme Court affirming the action of Judge Hough in quashing the indictment. “Page 3. The World herewith presents the concluding chapter of R[oosevelt]’s abortive attempt to destroy the freedom of the Press … Thus ends the World’s fight for freedom of the Press with the crushing defeat of the last truculent lawless attack.”

[Proof of] The Roosevelt Panama Libel Case Against The New York World (The United States vs. The Press Publishing Co)

In addition to fighting for freedom of the press throughout the United States, Pulitzer fought what he considered Roosevelt’s attempts “to re-establish the principle of the odious Alien and Sedition laws and to create here the doctrine of lese-majesty.” He also thought: “The country has gone crazy under Roosevelt’s leadership in extravagance for the war idea. All my life I have been opposed to that so-called militarism.”