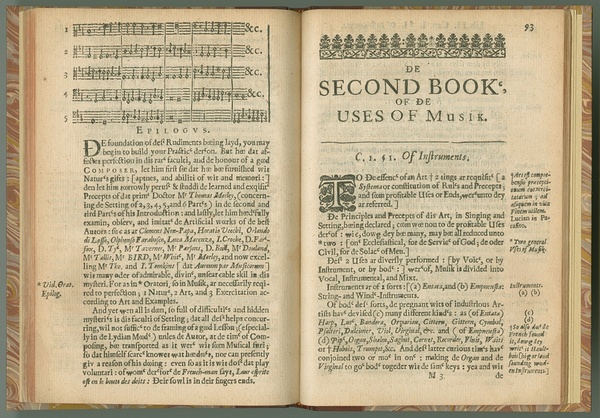 The Principles of Musik, in Singing and Setting : vvith the Two-Fold Use Therof, Ecclesiasticall and Civil

London: Printed by John Haviland, for the Author, 1636

The Rev. Charles Butler was Master of Music in the Song School, Magdalen College, Oxford. He is best known for this work, his text book on music. However, he wrote two other books that are important in their fields, The Feminine Monarchie, or the History of Bees, (1609) and The English Grammar, or the Institution of Letters (1633).

A Short Introduction of Grammar Generally to be used: Compiled and set forth for the bringing up of all those that intend to attain to the knowledge of the Latine tongue

This copy of Lily’s Latin grammar is interleaved with blank paper and contains extensive notes on the text in a contemporary hand. The 1549 edition of the work is quoted by Shakespeare in Love’s Labours Lost and Twelfth Night. As with this copy, beginning in 1574 the work was usually combined with the author’s Brevissima institutio, together forming a compilation of rules for Latin grammar by Lily, John Colet, and Thomas Robertson, with many additions by later revisers. 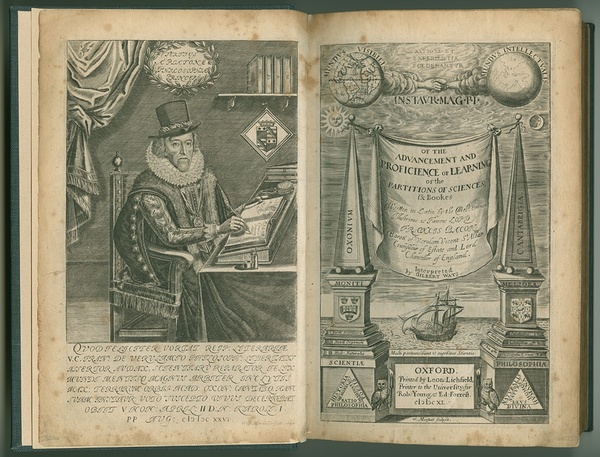 Of the Advancement and Proficience of Learning, or, the Partitions of Sciences

The Two Books of Francis Bacon: Of the Proficience and Advancement of Learning, Divine and Humane, was first published in 1605. In it Bacon presented his early thoughts on education that would reach their full flower in his New Organon, or “new instrument of knowledge.” Study of Aristotle’s Organon was standard in the medieval and renaissance period as students proceeded from the study of grammar to logic. Hailed as the first philosophical work in English, Bacon here offered the first description of science as a tool for improving the human condition.

Considered one of the earliest sources of French slang usage, this book was compiled by “Artaud” to, in the words of the collector Madeline Kripke, “debunk the reputation of the French Academy’s dictionary for purity, refinement, and high-mindedness by collecting homely folk proverbs excerpted from the celebrated work which are decidedly not pure and genteel.” It was given the false imprint of Bruxelles to elude the censors. 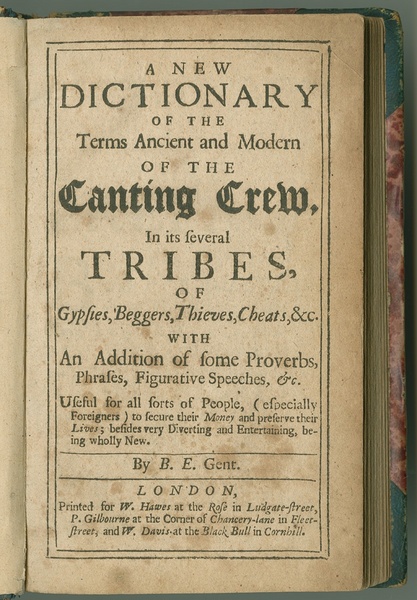 A New Dictionary of the Terms Ancient and Modern of the Canting Crew, In its several Tribes, of Gypsies, Beggers, Thieves, Cheats, &c. with An Addition of some Proverbs, Phrases, Figurative Speeches, &c. Useful for all sorts of People (especially Foreigners) to secure their Money and preserve their Lives; besides very Diverting and Entertaining, being wholly New

This book, by the as-yet anonymous “B. E., Gent.” was one of the earliest dictionaries of English slang to be printed. “Canting Crew” refers to the criminal underworld, and many of the words included in the book can be found in the works of Shakespeare, as well as those of Robert Greene and Thomas Dekker, who exposed the vocabulary and techniques of Elizabethan and Jacobean conmen and women or “cony catchers.” 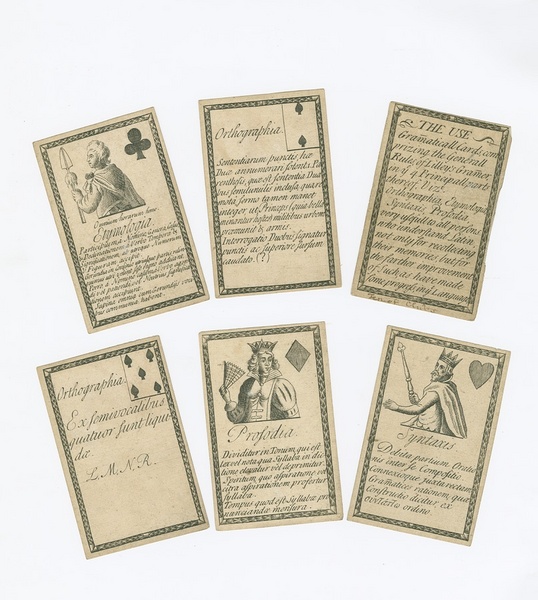 Gramaticall Cards, comprising the Generall Rules of Lilley’s Gramer, in ye 4 Principall parts thereof, Vizt. Orthographia, Etymologia, Syntaxis, Prosodia, very usefull to all persons who understand Latin, not only for recollecting their memories, but for the farther improvement of Such, as have made some progress, in yt Language

This deck of cards, printed on one side only, features Lily’s Grammar as their theme. It is incomplete; of the full deck of 52, two cards are missing, the 10 of clubs and 8 of diamonds. An earlier owner used the two cards that provide title page information as substitutes for the missing cards. Shown with the bill of sale to Mr. Plimpton for £1/ 5 shillings from Bernard Quaritch, January 25, 1900, with his note, “I can find no mention of another set of these cards.”